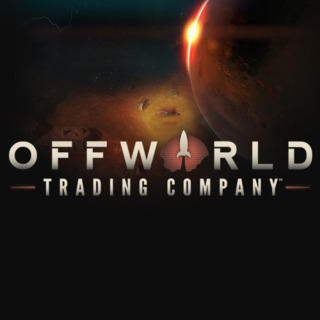 Offworld Trading Company and Gonner are free this week at the Epic Games Store. Plus, next week's freebies have been revealed.

Here Are Two Free Steam Games To Play This Weekend

The countdown for our Top 25 Games of the Year list continues. Today we reveal our picks for numbers 20 to 16.

Building an business empire is tough. It's even harder on Mars. Check out gameplay from Offworld Trading Company.

Become an entrepreneur trying to take control of the Martian market in this economic strategy game by Civilization IV lead designer, Soren Johnson.

Rekindle humanity’s adventurous spirit by leaving the tired Earth to find new fortunes in the untapped resources of Mars in Offworld Trading Company.

Offworld Trading Company is a unique, fast-paced strategy game that trades the battles associated with the genre with equally vicious squabbles over numbers.

Offworld Trading Company is a new direction for real-time strategy, where money is both your deadliest weapon and toughest defense. After the Earth is tapped out and the asteroids claimed by faceless megacorporations, the stark Martian surface is the final frontier on which dreamers and entrepreneurs can make something of themselves by staking their claim to the red planet’s abundant resources and building an economic engine capable of out-producing the competition.