(Produced in partnership with League of Legends) There’s never been a better time to be a professional gamer. In this episode of GameSpot Chronicle we explore how sustainable careers are being created for pro gamers with The Academy League.

Playing video games professionally is an aspiration shared by thousands of gamers across the world, with those lucky enough to do it attracting millions more in spectatorship. But professional gaming wasn’t always a viable career, and it's only been in recent years that the situation has changed.

With the rising popularity of streaming and esports, there's been an influx of investments in the scene. Now, the companies behind the biggest esport games are able to support the ecosystem like never before, creating infrastructure where there was none.

One such example is the League of Legends' Academy League, a minor league launched in 2018 with the goal of cultivating the next generation of top LCS talent. In the video above, we're taking a look at what the path from amateur to pro looks like for League of Legends players who want to climb their way to the top, as well as how that's continuing to change for the better.

Among those we speak with is FlyQuest star JayJ, who shares his story of rising the ranks. After spending time playing in both Collegiate and the Academy, he was brought to the LCS, where he played in the Summer Split on FlyQuest's main roster earlier this year.

For even more, check out our previous episodes of GameSpot Chronicle where we dive into the story of Aphromoo's rise, the fandom of esports, and what it takes to be great. 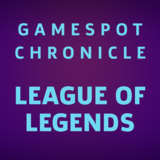