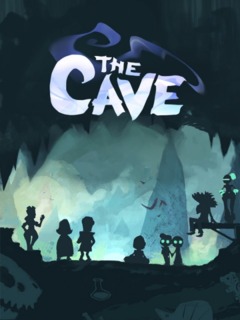 Today is your last chance to grab these games before they return to their normal prices.

It's January 1, which means Xbox Live Gold members have new games to pick up.

Free Xbox One/360 Games With Gold for January 2017 Revealed

Here's all the free games you'll get on Xbox to start the New Year.

Here's all the free games you'll get on Xbox to start the New Year.

A handful of new Xbox 360 games can now be played on Xbox One.

Video game legend Ron Gilbert kicks off the very first PAX Australia with a keynote speech speaking about the development of Monkey Island, Maniac Mansion and the creative journey!

More than two dozen PSN games can be yours this weekend for just a buck.

All of Ouya's games have free trials, but that's going to change

Developers will soon be able to choose between a free-to-try or paid model for their games.

European PlayStation Plus gets Okami, Lord of the Rings, and The Cave in April

Thomas Was Alone also coming to PlayStation 3 and PS Vita at the end of the month.

Monkey Island creator leaves Double Fine, says there are "so many games left to be designed."

Join us as we dig into to the lastest Xbox 720 rumours, Ron Gilbert's The Cave, and the Ghibli animated JRPG Ni No Kuni.

Wondering what lies within the dark depths of The Cave? Mark finds out in this video review.

Guy checks in with Mark, GameSpot's reviewer of The Cave, and asks him to expand on his thoughts from the review.

The Cave - Reviews Around the Web

Guy and Mark gauge the critical reaction to The Cave from websites around the net to see if there's a consensus, or if the reviewers are divided.

Check out the launch trailer for The Cave.

The Cave is a 2D puzzle action and adventure game where players will assemble a team of three unlikely adventures that must descend into the mysterious depths to explore locations including a subterranean amusement park and a medieval castle, not to mention a fully armed and ready-to-launch nuclear tipped ICBM.

The Cave - Reviews Around the Web