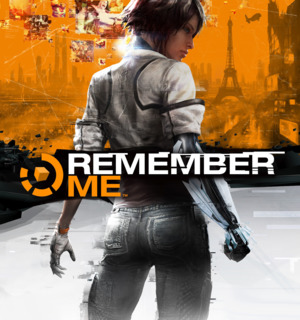 Latest on Remember Me

Two Resident Evil HD remasters, Okami HD, and more can be yours.

The latest Humble Bundle features games from the Resident Evil and Devil May Cry series.

Deals on Transformers: Devastation, Peggle 2, Dirt 3, and Thief are just a few of the games featured.

Remember Me 2 Already Has Story, Capcom Just Needs To Greenlight It

Developer claims to have the story written and ready to go, they'd just need approval from their publisher to get started.

Remember Me Dev Working on New PS4, Xbox One RPG

Dontnod is hiring for a new RPG/ARPG.

A number of quality games for PlayStation systems are on sale right now, almost all of them for less than $10.

Tomb Raider for $7, Remember me for $6, and More Discounts in Weekend Publisher Sales

Get Resident Evil 4 HD for $10, Thief for $10 and many more from Steam and Green Man Gaming.

Remember Me Was "Misunderstood," Dev Says

Dotnod Creative Director admits Remember Me had flaws, but thinks it was misunderstood.

From the makers of Remember Me comes a brand new franchise that will be released digitally through an episodic model.

Check out Rising Storm, Marvel Heroes, and Remember Me in this week's new releases!

Kevin heads to Neo-Paris in order to drop a logic bomb on this video review.

When climbing Neo-Paris, it's important not to fall.

Nilin gets caught breaking into an old friends apartment.

Remember Me - A Visit to St-Michel, Paris Gameplay Video

The disparities between rich and poor become apparent.

Nilin picks up a new power in the trauma room.

Take a look at what's in store for you in Remember Me.

Remember Me is a third person sci-fi action adventure set in Neo-Paris, 2084 where players take on the role of Nilin, a former elite memory hunter with the ability to break into people's minds and steal or even alter their memories. After having her own memory wiped clean by the authorities, players must help Nilan set out on a mission to recover her identity while being hunted by the very people that created this surveillance society.

Remember Me - A Visit to St-Michel, Paris Gameplay Video