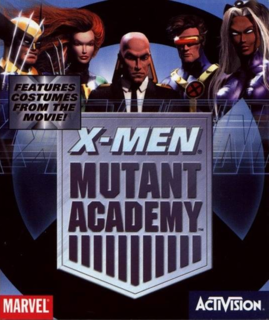 The game is a standard 2-D fighter similar to the Street Fighter series, though doesn't hold up when compared to any street fighter game, and will quickly leave you unsatisfied. Fighting seems awkward at best, as sometimes you don't know when your punches come in contact with your opponent, and pulling off special attackes can be tough and confusing some times. Though you have your pick of the tradmark characters to the series, such as Cyclops, Storm, or Gambit, it really doesn't matter who you choose as they seem to all suck at fighting. To the game's credit, some of the animations in backgrounds are better than what I found in the Game Boy Color version of Street FIghter Alpha, but that's not saying too much.

Now, to avoid being unfortunate enough to play this game, don't rent, buy, or even play. It's not a broken game, it's just not a fun one.
Load Comments (0)