It's great week for Nintendo Switch and RPG fans, with Undertale and Xenoblade Chronicles 2: Torna - The Golden Country coming to the portable console.

New Releases has a lot of good stuff for Nintendo Switch owners this week, especially for those who are also RPG fans. Xenoblade Chronicles 2 is getting a big expansion in Torna: The Golden Country, and Undertale is being ported to the portable console. That's not the only re-release or indie title dropping this week either: you can write words and solve puzzles again in Scribblenauts Mega Pack or explore islands lost to time in The Gardens Between. And for those looking for a virtual reality thrill, there's Transference.

Undertale made a big splash in 2015 thanks to its retro art style, dark storyline, and combat that rewards both eliminating and sparing your enemies. This RPG also features multiple endings depending on how you handled yourself in battle. If you've never experienced Undertale before, you'll be able to play it anytime, anywhere.

Transference stars a scientist named Raymond, who is more than happy to insert himself, his wife, and his son into a terrifying experiment. While exploring the deepest corners of the simulation, you'll learn a whole lot more about the family's dark secrets--and you can experience it in VR if you dare.

Available on: PS4, Xbox One, Switch

If you never played a Scribblenauts game, here's the elevator pitch: write a word, and that object will poof into the game, allowing you to solve puzzles and progress through the levels. This two-for-one includes Scribblenauts Unlimited and Scribblenauts Unmasked, the latter of which features DC superheroes. The Mega Pack also contains new areas to explore with those DC characters.

The Gardens Between -- September 20

What's an episode of New Releases without an indie title? This week's game stars best friends Arina and Frendt, who must work together to solve puzzles across multiple islands. To do that, you'll have to rewind and fast forward time to reach the peak of each diorama. There are over 20 islands to explore, each with their own tricks and traps.

Xenoblade Chronicles 2's major expansion isn't just a handful of extra quests: it's a whole new story set 500 years before the main game. It features new protagonists Lora and Jin, plus an entirely reworked battle system. The Golden Country is available digitally on the Eshop now, and it hits retail this week.

These are some of this week's highlights, but September still has a few more games being served up. Next week, New Releases will take a look at the debut episode of Life Is Strange 2, and sports fans can step onto the field with FIFA 19. 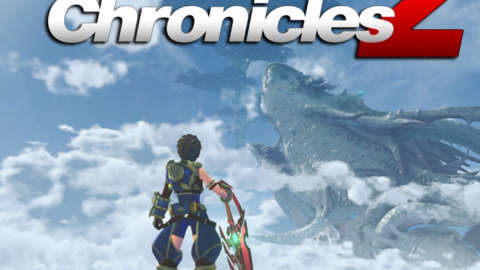 In the latest entry of the Xenoblade Chronicles series, a new hero will seek out Elysium on an immense journey through a brand-new world.