Editor's note: Three years after its initial release on PC, Undertale has found its way to the Nintendo Switch--and of course, the game is every bit as charming, challenging, and harrowing as it was the first time around. Undertale may seem like a straightforward retro-style RPG, but it subverts player expectations every chance it gets, which never gets stale because of clever writing and an evocative chiptune soundtrack. Thankfully, it plays just as well as it does on other platforms without any performance hitches or bugs after putting about four hours into this version. Like its console counterparts, you can fill the screen with an adaptive border that thematically fits with the location you're in (Undertale plays in a 4:3 aspect ratio). Dodging enemy attacks in the bullet hell-style defensive phase in combat works just as well with the Joy-Con analog sticks.

Undertale isn't afraid to break convention, and because it does so in a way that's thoughtful and humorous throughout, the result is an emotional rollercoaster that fills us with determination. -- Michael Higham, 14 September 2018 [We have updated the score to reflect our experience with the Nintendo Switch version, in addition to the PC, Mac, and PS4 versions. The original review follows below.]

Undertale's opening cinematic hints at a cliche RPG where you awake in a mysterious world and embark on a journey in hopes of returning to your normal life. Despite the familiar premise, you quickly discover that looks can be deceiving. While many games can take a heavy-handed approach to teaching you the basics, Undertale does so in a way that not only introduces you to the tone of the game, but teaches you not to accept anything at face value. The first character you meet compels you to play nice, but as the cheerful music turns to sinister laughter and your new "friend" declares you an idiot, you get it: expect the unexpected. Undertale makes a name for itself with unusual storytelling techniques and combat mechanics, setting itself apart from the games it seems to imitate. It's also cleverly written and constantly subverts your expectations. There are so many wonderful experiences in store that are tempting to spoil, but to go into too much detail would ruin the element of surprise: one of Undertale's best assets.

While it seems to be a game that's designed for RPG fans first and foremost, a lot of Undertale's jokes have universal appeal. A pair of comically incompetent skeletons regularly spout puns and jokes while attempting--and failing--to halt your progress, and the social ineptitude exhibited by one character when they try to express their feelings for another is a regular source of laughter. With clever characterization and unexpected responses to actions we've been conditioned to view as predictable, Undertale elicits laughter and delight with ease.

You're encouraged to stop and engage with NPCs rather than charge through the story, and you should, because the varied and entertaining cast of monsters reveal valuable information about the wider world. This quality isn't unique, but here, it leads to unusual exchanges that are filled with great quips, simultaneously poking fun at games and human nature alike. The script tip-toes into parody, but an air of earnest thought lifts it above mere mockery. Silly as it can be, Undertale delivers poignant observations that challenge the status-quo.

It's also the sort of experience that encourages you to come back for a second or third round. This is especially true because, over the course of roughly five hours, you make a lot of decisions that impact the world around you. The importance of choice is often felt during combat, which lets you pick between fighting or talking your way out of conflict.

Trying to pacify opponents is a far more rewarding experience than simply fighting, and its a process that's unique to each type of enemy. To earn their favor, you have to analyse an enemy's behavior and figure out the right course of action. In one scenario, you can attempt to befriend a violent dog, in another, you might want to cheer up a ghost with low self-esteem; your success will depend on your ability to empathize and react. Navigating social puzzles is a refreshing change of pace for what seems like traditional combat, and the variety of distinct, entertaining enemies you engage with helps stave off a problem that's all-too-common in other RPGs: repetitive random encounters.

Because not all enemies are easily wooed, you eventually need to defend yourself regardless if you intend to fight or not. Undertale handles this with a quirky mechanic that feels out of place at first, but it eventually grows on you because it makes combat engaging and unpredictable in a good way. Enemy attacks appear as waves of projectiles that fly within a square pen, and as they fly by, you have to steer a small heart icon out of their flightpath to avoid taking damage. It's an unusual mechanic, but it's simple to understand and rewarding in the sense that it lets your reflexes-rather than statistics or dice rolls--dictate the outcome of a fight.

The variety of distinct, entertaining enemies you engage with helps stave off a problem that's all-too-common in other RPGs: repetitive random encounters.

Even within combat, Undertale layers on the humor. Sometimes you're dodging bullets, but you also need to watch out for frogs, arms with flexing biceps, and even the tears of a depressed opponent. Linking the shape, size, and behavior of projectiles with enemies' personalities keeps things challenging, and opens the door for even more laughs as you fend off absurd attacks.

It would be a crime not to mention Undertale's soundtrack, which is loaded with beautiful bit-based melodies that blend perfectly with the action on-screen. Each boss gets its own theme song, which do a great job of enhancing their particular personality. These tracks in particular bring energy and vigor, putting you on the edge of your seat as you try to fight or befriend your opponent. Outside of battle, tracks set the appropriate mood, too, from the quirky jingle in Temmie Village, to somber melodies that build tension near the end of the game. Regardless of its retro style, Undertale's soundtrack has timeless appeal and is great at evoking emotions.

Without spoiling the many ways it will screw with your expectations, it isn't possible to truly capture how wonderful Undertale is. You wouldn't know it with a passing glance, but it's one of the most progressive and innovative RPGs to come in a long time, breaking down tradition for the sake of invention, with great success.

View Comments (401)
Back To Top
9
Superb
About GameSpot Reviews 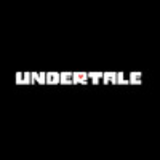 Tyler Hicks grew up on single-player RPGs, with Suikoden 2 topping his list of favorites. For this review, he played through Undertale twice. 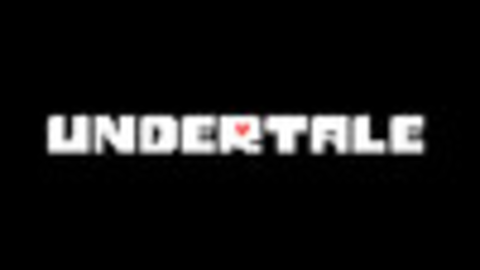 Undertale is an RPG where you don't have to kill anyone. Each enemy can be defeated non-violently. Dance with a slime. Pet a dog. Whisper your favorite secret to a knight. Or, ignore this choice and rain destruction upon your foes.