Fallout 3 Vs. Fallout New Vegas - Which Is Better? | Versus

Bethesda finally lifted the lid on Fallout 76 at E3 2018, but which of the two most beloved Fallout games is best?

Fallout is one of the biggest franchises in video games, with its huge open worlds regularly attracting millions of players. Over time the series has gone from an isometric turn-based RPG into a huge, sprawling, 3D behemoth, and it frequently shows off some of America's iconic landmarks and cities in post-apocalyptic ruin. Fallout 76 is the latest in the series to be revealed, and it looks intriguing; but its E3 2018 reveal got us thinking about which of the two most beloved modern Fallout games we think is best--Fallout 3 or Fallout New Vegas?

We decided to sit down and have a lighthearted but passionate debate about which game we prefer. Fighting for New Vegas and its nuclear neon sins is one-armed bandit Dave Jewitt. On Fallout 3's side, meanwhile, is GameSpot's own radioactive villain, Mike Mahardy.

Watch the video above to see how the debate turned out. The discussion begins with randomly selected topics, and the pair argue in support of their respective picks. Alongside the serious analysis from each side, there's also some friendly fun-making and jokes at each other's expense. Be sure to watch till the end to see the quickfire round, which gets a little goofy.

Last week we held a live episode of Versus to decide who won E3--Microsoft, Sony, or Nintendo? We'll let you decide the winner. Make sure to get your voice heard this week by voting for who you think won the debate on YouTube or by commenting down below. Check back next week for another episode of Versus; new episodes drop every Wednesday at 6 AM PT / 9 AM ET / 2 PM BST / 11 PM AET on GameSpot.com and YouTube. 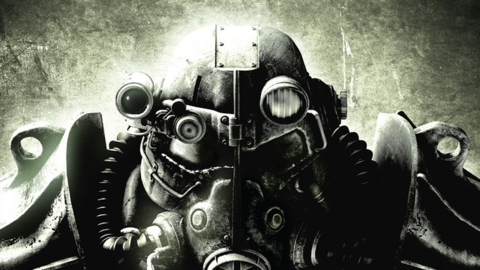 Fallout 3 is a follow-up to the classic postapocalyptic role-playing series with all-new 3D graphics, new gameplay, and a brand-new story.