Worth an Arm and a Leg

Drinkbox Studios' games all share a unique, rather dark sense of humor and very distinctive artistic flare. With Severed, the studio has turned its attention to classic first-person dungeon crawling, and the result is a creative touch-screen adventure with sharp, colorful graphics that mask an incredibly dark center.

Severed places you in the role of Sasha. Her home burned, her family taken, and her left-arm severed, she wakes up to find everything she loves destroyed. When a mysterious and frightful vision bestows her with a living sword that sucks up power by severing limbs, Sasha ventures forth into a nightmarish maze in search of a resolution.

While Severed is heavily influenced by classic dungeon crawlers, it’s not exactly an RPG. Sasha doesn’t have traditional stats that increase throughout the game. Instead, you use the body parts collected during combat--and occasionally find strewn about the environment--as currency to buy or upgrade abilities, which include increased damage and health, the ability to leech health from enemies, or a longer window of time to sever limbs during combat, to name a few. Each new ability and piece of armor Sasha earns by killing a boss has its own upgrade tree, so there’s a good amount of depth to the customization system overall. If you prefer to rely on straightforward sword-slashing, you can focus heavily on that skill tree, but there's plenty of room to experiment with Sasha's repertoire of equipment and abilities.

Fighting consists of swiping over enemies to attack or to parry incoming attacks in real time, but within that basic framework, Drinkbox has created a rewarding system where every move counts as you seek to collect body parts for new upgrades. Monsters' attacks are tied to a cooldown timer, and you can successfully counter them by swiping toward an attacking appendage. When done successfully, this will open monsters up to consecutive attacks. Facing a monster one-on-one is usually not a problem, but Severed doesn’t make it that easy—the game frequently throws three or four monsters at you at once. This means you have to keep a very close watch on the timer for each monster and shift your focus accordingly in order to attack and defend at the right time.

Timing is everything in Severed: the only way to collect body parts is to fill your sever meter by consistently attacking without being blocked, and, by parrying incoming attacks. Screwing up your timing or the angle of your swipe may lead to a blocked attack, which in turn prevents your meter from filling up. You may still win the fight, but you will walk away empty-handed. Combat can quickly become a hectic, even stressful affair. Thankfully, there are no random encounters here. Severed lets you know where the monsters are with a glowing flame in the room ahead. There’s also no real penalty to dying in the normal difficulty level.

Severed's map bears more than a passing resemblance to Metroid-style games. The overall world is quite large, but the meat of the game is figuring out how to reach new, tucked away areas. Much like Metroid, this is usually done by defeating a boss and earning a new ability. Sasha can learn how to change the land from day to night and back again to open special doors, for instance.

This is a world that takes you through spooky forests, forgotten temples, fiery wastelands, and more in Sasha’s quest to find her family. The landscapes are equally dreamlike and nightmarish, with bizarre plant growths and areas defined by isolation and ruin. There’s an intriguing use of organic shapes and objects throughout. A giant skull might be resting along a forest path, and within the dungeons, the actual doors are frequently living creatures—scary, toothsome maws that open when given the right object. At one point, you’ll go through a living door, only to find it’s still connected to an actual creature—some huge, worm-like thing that produces foul toxic gas. The whole world of Severed is full of strange sights that make it worthwhile to comb every inch of its multi-level maps.

Severed starts out deceptively simplistic and bizarre. The weird, old-school scrolling method and touch-based interactions hide a remarkably deep and involving mix of action, adventure, and role-playing. The more hours you pour into Severed, the more complex it becomes and the darker the story gets. It takes a while to grasp, but once the game picks up steam, it becomes an intriguing experience that's unlike any other game on Vita to date. 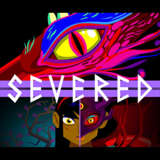 Jason D’Aprile generally avoids severing limbs unless it’s really necessary, but he did so countless times during the 12 hours it took him to beat Severed. GameSpot was provided with a copy of the game for the purpose of this review. 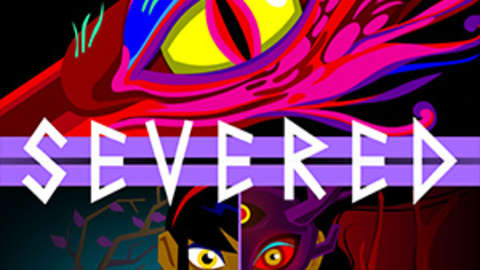