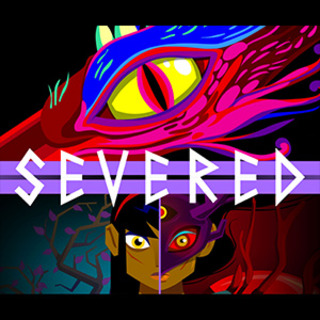 The Switch Eshop New Year's sale is coming to an end today. Here are the titles you can still pick up for cheap.

Everything is better on the go which is why we got for you 6 Switch games you might have missed that are worth getting!

The Nintendo Eshop has added a Switch version of the touch-based adventure game Severed to the store.

Severed is now available on the Nintendo Switch.

Today is the last day to get March's free games, like Tearaway Unfolded and Lumo, before new freebies arrive tomorrow.

Three games for PS4 owners, and a total of six across all platforms.

A total of six games will be available for free to Plus members in March, including three for PS4.

Here's GameSpot's take on the five best mobile games of the year.

Severed is also now out on 3DS, featuring cross-buy support with the Wii U version.

The Witness, Enter the Gungeon, Severed, Tokyo Jungle, and a lot of other quality games are discounted.

Severed is coming to Wii U and 3DS!

Studio says it could be a problem for bigger studios, but smaller teams not so much.

Week of 4/25 brings us some vita titles, a free Mini Mario game, and Jake taking the reins while Mary is at PAX.

Check out the release date for Severed coming to the Playstation Vita.

New Vita Exclusive From the Makers of Guacamelee Launches This Month

We played a lot of great games at PAX East this year, here are four of our favorite indie titles from the show floor; RIVE, Jotun, Severed and Twelve Minutes.

Show me more
Where to buy
Severed
$126.99 at Walmart
GameSpot may get a commission from retail offers.