Watch the skies. Don't play them.

What I will remember most about my time with Falling Skies is Lori James.

Lori James is a hard-faced, hard-talking, gravel-voiced, flannel-wearing lady with a rocket launcher whose cartoonishly brusque acquaintance I made early in my travels, as I was putting bullets in the thoraxes of every alien scumbag I laid eyes on. She was always the first with a mean-spirited, badass quip when I put an enemy down for good. When I moved her across the grid to new cover, she would announce she was “En roo-tay!” If I made her defend or skip her turn so I could get folks in place before killing something, she'd yell “When does the fun part start?!” When she took damage from some alien who wasn't even on screen until I turned the wrong corner, instead of standing there bleeding to death like her lower-leveled, stock character compatriates, she just got angry.

I will look back fondly on my time with Miss James. I don't think I can say the same about the rest of the game.

Falling Skies is based on a TNT show about survivors fighting the good fight after an alien race, the Espheni, comes down and wreaks havoc over a countryside the show keeps trying to tell us isn't Canada. The game takes place between the third and fourth seasons, but if it weren't for the opening chapter and the occasional unskippable exposition scene every couple of hours, you'd never know it was related to the show. Aside from the occasional appearance of voices from the show, and the Espheni themselves, there's nothing terribly distinct about Falling Skies as a game, whose influence, XCOM, is abundantly clear.

A bit of slack can be afforded a licensed game like this ripping off another, better franchise. Many licensed games are blatant cash grabs; slapping a coat of franchise paint on one of them and calling it new might lack imagination, but when it’s done well, it means you're essentially playing the other franchise. And to Falling Skies' credit, it's a functionally competent XCOM ripoff. The user interface, the weaponry, the grid movement, the targeting system, the leveling up of characters, and their customization almost make this a pick-up-and-play title for XCOM veterans. You put together a team of plainclothes soldiers and move them across a square grid, preferably behind as much cover as burned-out buildings and vehicles can provide, until you get line of sight on enemies or they get line of sight on you, then fire turn by turn and hope that enemies are far enough away that they can't do the same. Missions can be anything from rescuing pinned-down soldiers from certain death to wiping out every extraterrestrial threat in sight, and at the end you can promote soldiers to get them bigger and better weaponry and perks.

The problem isn’t that Falling Skies is an XCOM ripoff, but that it’s a regressive one. If it had released in 2003 or 2004 for the PlayStation 2, it might have been well received as a stop-gap XCOM revival. As a brand new release in 2014, though, it feels almost laughably primitive. The game doesn't just look and sound like a low-budget PS2 title; the AI acts like it. For a strategy game, there's a real dearth of strategy. All encounters involve wandering around the shady areas of the stage, finding where the trouble is hiding, and putting every squad member on defense when you find it. The aliens rarely take the initiative, and because most of your enemies, with the exception of a couple late-game antagonists and the bullet-sponge robot bosses, use melee attacks only, once you've found a nest of aliens, taking them down before they even touch you is child's play. All the game does to obscure the alien threats is put them behind fog, effectively turning most of the stages into elaborate games of hide-and-seek in which the loser gets shot in the face. XCOM's propensity for ambushes and surprise attacks is nowhere to be found.

The only real challenge lies in getting the game's extraordinarily finicky camera to give one good clear view of the battlefield so you can move your soldier to the correct grid space. More of my grunts have been caught a space away from the cover they needed, and beaten to hell for it, because I couldn't get a proper point of view.

Even if your allies do get shot, Falling Skies gives you several turns to revive your teammates in the middle of battle, as long as you’ve pumped enough resources into letting someone carry first aid, defibrillators and bandages. Those resources are plentiful as well. In another welcome bit of cribbing, the game swiped Assassin's Creed: Brotherhood's training system, which allows recruits to be dispatched to obtain information and resources while the main team does the dirty work. It's a good, underutilized idea, but what made Brotherhood's system worthwhile was the possibility of failure; my gopher in Falling Skies, a scrappy young lady named Nadine, never failed once across dozens of recon missions. After five or six missions, she was leveled higher than my main crew, and I was drowning in food and new recruits, with nothing to spend them on once I spent the meager amount required to create new pistols, shotguns, and armor.

Falling Skies picked a fun, unique genre to hitch its wagon to, but it's woefully behind the curve. There’s not enough of the television series in it to make it interesting, and frequent strategists will breeze through it in a weekend. The end result is a game without an audience. TNT may know drama, but unless Capcom's secretly working on Rizzoli & Isles vs Phoenix Wright, it’s better off staying out of games. 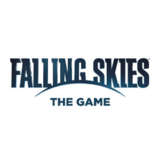 Justin Clark spent about seven hours with Falling Skies: The Game, another two-and-a-half giving the TV show another shot, an hour looking up what happened to that show where Jason Lee was a cop in Memphis, and another 15 minutes being sad it got cancelled after one season. 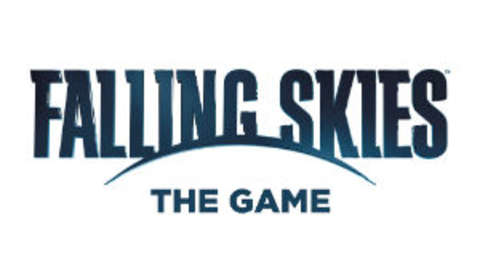 Survival of the human race is at stake. Players will dive into a world gone wrong and command a squad of recently-rescued survivors who have been recruited into the human resistance fighting to save the planet. The team will engage in covert tactical operations against the Espheni fighting to survive against alien invaders while also rescuing and recruiting survivors to the join the 2nd Mass. With addictive strategy-based gameplay, players will be immersed into the unique story line with all their favorite heroes from the show.