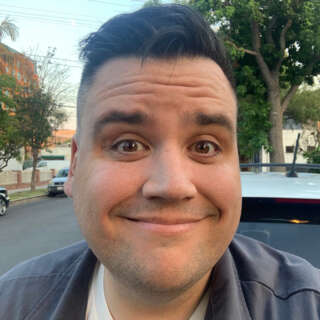 Chris E. Hayner is an entertainment editor at GameSpot. Prior to his work at GameSpot, he contributed to a number of outlets including The Hollywood Report, IGN, Mashable, CBS Interactive, Tribune Media, and Nerdist. Beyond writing about TV, movies, and theme parks, Chris co-hosts and produces GameSpot's wrestling podcast Wrestle Buddies with Mat Elfring. Chris loves all movies, but especially Jaws and Paddington 2.

Why Ghostbusters: Afterlife's New Heroes Know Nothing About The First Two Movies

What That Major Halloween Kills Death Means For The Next Movie

Resident Evil: Welcome To Raccoon City Trailer Breakdown - Every Easter Egg, Reference, And Everything We Learned

11 Classic TV Shows That Still Aren't Streaming For Some Reason

The 34 Absolute Dumbest Things About The Matrix Sequels

AEW All Out 2021 Results: Live Updates, Match Card, And Surprises

Netflix's Haunting Of Hill House Is Coming To Life At Halloween Horror Nights, Here's How

What's New On Hulu In September 2021: Y The Last Man, One Chicago Premieres, And More

Free Guy's Original Ending Was Quite A Bit Different

The Surprising Reason CM Punk Joined The Cast Of Heels

Heels Star Stephen Amell Is Itching To Wrestle Again, So WWE And AEW Should Give Him A Call

Robin Comes Out As Bisexual In New Batman Comic

Taika Waititi Is Free Guy's Secret Weapon, Here's How He Was Cast As A Perfect Villain