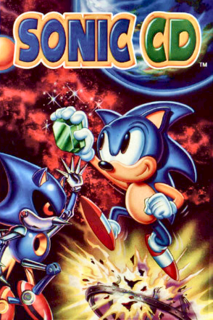 Sonic CD bridges the gap between his oldest adventures and his new digital exploits.