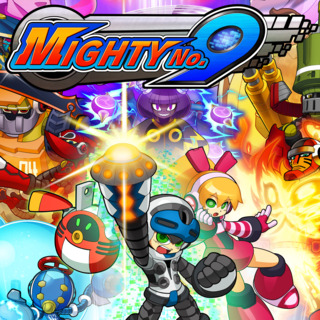 Latest on Mighty No. 9

This is the best PS Plus month in a while, with some great free PS4 games on offer.

This month, PS4 gets Bloodborne and Ratchet & Clank, plus Mighty No. 9, Claire: Extended Cut, and Bombing Busters via cross-buy.

That's what happens when you promise everyone they can be mentioned.

Mighty No. 9 Creator Owns "All the Problems" With the Game

"There were issues regarding the publishing process for the Xbox 360 version of the game."

Mighty No. 9 is now available on PC and consoles.

Here's what the critics are saying about Mega Man designer's next game.

Mighty No. 9 Sequel Discussed by Inafune

Sequel could happen with the idea that 'we'll do it even if it doesn't sell,'" according to Keiji Inafune.

Mighty No. 9's Beck attempts to snap the raving boss Pyrogen out of his madness.

Check out this trailer for Mighty No. 9 which showcases Beck's dash abilities, combos, and power-ups.

Mighty No. 9 developer expresses disgust with new condescending trailer, and more details about the rumoured Xbox One upgrades surface.

"What the hell was Deep Silver thinking?"

Mighty No. 9 is a Japanese side-scrolling action game that has you play as Beck, the ninth in a line of powerful robots and the only one not infected by a mysterious computer virus that caused the robots to go berserk.