One of the Best Kirby Games Is Now on Wii U

You can now purchase and play Kirby's Epic Yarn on Wii U.

If you missed out on Kirby's Epic Yarn on the Wii, you have another chance to play it. In celebration of Kirby's 24th birthday celebration, the fabric-filled game is now on the Wii U, alongsde 2011's DS adventure Kirby: Mass Attack.

Kirby's Epic Yarn costs $20 on the Wii U today. It was originally released in 2010 on Wii, where it received a score of 8.5 in GameSpot's review. Critic Tom McShea said, "Kirby's Epic Yarn makes it clear from the get-go that it is an adorable game that will put a smile on your face through its outstanding visual design, but the delights go much deeper than the delectable aesthetics."

Kirby: Mass Attack on the other hand costs $10 on Wii U's Virtual Console. It also received a score of 8.5 in its review, which said, "Mass Attack doesn't stray from the colorful, kid-friendly presentation and syrupy sweet platforming that the Kirby franchise is known for, but substantial innovation in the way you play it sets the game apart from its predecessors."

Additionally, the 3DS added the SNES golf game Kirby's Dream Course, which costs $8, to its Virtual Console. And if you want to try out Kirby: Planet Robobot, a demo of the pink ball's latest adventure has made its way to the 3DS eShop.

Another game that recently made its way to Virtual Console is the SNES game Super Mario RPG: Legend of the Seven Stars. It's a Square-developed Mario game with JRPG mechanics and platforming. 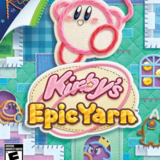