The next entry in the skateboarding series looks to expand on and flesh out just about every aspect of the OlliOlli formula. 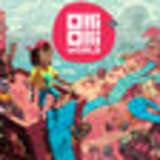 With their tight mechanics and tons of challengingly satisfying gameplay, developer Roll7's OlliOlli titles have garnered a place in the hearts of skateboarding game fans. OlliOlli World very pointedly doesn't fix what isn't broken, and at first blush, it might just kind of feel like "more OlliOlli." What's notable about the third game in the series, however, is that it feels like it's improving on Roll7's ideas in every way, from art style to course design. In a sense, this may well be OlliOlli's final form.

We got a chance to play about an hour of OlliOlli World with an early build of the game. Fans of the skating franchise should know that, despite the updated art style, bigger levels, and big Super Mario World-style overworld map, OlliOlli World is still pretty true to the earlier titles. Side-scrolling courses are filled with opportunities to do tons of different tricks as you jump, grind, and ramp through the level. Flicking and rolling combinations on the analog sticks, utilizing patterns similar to fighting games, allows you to do tricks, and building combinations amps up your score. That's the underlying mechanical loop of the series, and here, OlliOlli's DNA hasn't really changed all that much.

What Roll7 has done is improve on that DNA pretty significantly, though. Throughout the first two areas you can access, you'll play through courses that feel very similar to the OlliOlli levels of the past two games. You skate from one side to the other, landing all the tricks you can to build your score by the end. But everything about each of these levels feels bigger and more involved, from their layouts and included elements, to the broader context of the game.

First, OlliOlli World brings a story to the franchise for the first time. You play a skater trying to distinguish yourself in Radlandia, a paradise for people of your type. You join up with a crew of like-minded skate folk who cheer you on, help you out, and eventually take you on a road trip across the island. Radlandia includes several biomes and a bunch of levels in each one, so it seems like there will be plenty to explore.

The fun thing about the addition of characters and story tidbits between runs is that they add a lot to OlliOlli World's actual gameplay. On every course, you have records set by the other skaters in your group for you to surpass. Some of them provide you with distinct challenges, similar to the ones available in levels in the earlier OlliOlli games. And other times, you'll find folks on the courses or in between them who can point you in the directions of new challenges and levels you wouldn't be able to open otherwise.

Even the levels themselves offer options for exploration. While courses have you skating from left to right (or right to left) on a single track most of the time, you'll often find places where you can shift up or down onto a new pathway. Sometimes, you'll need to take these paths to complete certain challenges, but others will lead you to secrets and additional characters to talk with. And once you get the handle of a level, choosing which paths to take and when can allow you to boost up your score pretty significantly.

OlliOlli has included plenty of challenges and additional objectives throughout the series, but they feel expanded on in OlliOlli World. In past games, you've been encouraged to find all of a certain object or hit tricks at certain points, and those kinds of objectives are here as well. There are also more that encourage you to pay attention to the levels and their backgrounds, to avoid characters and animals as they populate a track, and basically, to become a better, more engaged skater. Level design in the portion we played throws in new additions like billboards you can wall-skate into tricks, and half pipes that change your direction, which give you more opportunities to plan routes so you can complete the more varied-feeling challenges OlliOlli World offers.

It's all basically similar to what fans have seen in past games, but improved. It also feels like Roll7 has made some tweaks to how OlliOlli World plays to make it a bit more approachable for new players. Landing tricks generally feels a bit easier than it has been previously, for example, with the requirement of timing a button press with hitting the ground to nab your points seemingly being removed. But there's still quite a bit of challenge, it seems, and returning fans will be rewarded for knowing OlliOlli well. Spending the time to build up your stick-flicking skills to pull off tricks, and carefully timing for landing grinds and wall-rides, are still essential. It just feels like OlliOlli is providing a bigger world so you can relax into building up those skills, and giving you more ways to engage with it than just hitting the highest score you can.

And generally, OlliOlli World comes off as a place that'll reward you for the time you put in there. Its bright, animated art style is a joy to behold, and there's just enough story to give you a reason to wander around its weird environs and uncover new things off the beaten path. More than anything, though, OlliOlli World just feels good to play, in the same way that past games in the series have. Tricks are easy to pull off but difficult to master, skating is quick and rewarding, and while slams are plentiful, it's easy to quickly restart a course and feel yourself getting better as you play it.

OlliOlli World feels like it's full of little tweaks and smart additions to Roll7's underlying ideas, and with a big world to skate through full of weird people to meet, it seems like skateboarding fans are going to find plenty of places to lay down tricks and explore.