Yesterday, Midway Games confirmed to GameSpot that it was considering selling its Mortal Kombat IP. The move is one of several the bankrupt publisher is seeking approval from its creditors for so it can pay around $8 million in "key employee incentive payments" (KEIP). According to a rep for the Chicago-based publisher, there are three KEIPs to retain workers, with two other bonus plans dedicated to keeping design staff in general and the Mortal Kombat team in particular on the recently slashed payroll. 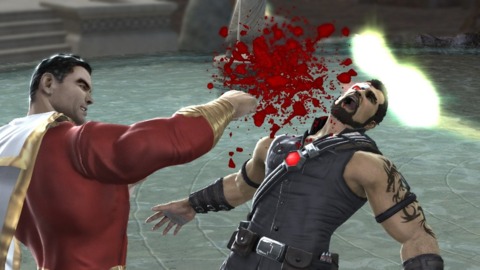 Variety contends the lion's share of the Mortal Kombat team KEIP is for Ed Boon, who cocreated the series back in 1992. The Hollywood trade points to the plan's mention of a "key designer" who is "responsible for historically [Midway's] most successful video game series"--a designer who could, in all likelihood, not be anyone other than Boon.

Will Boon ever get his payday for helping craft what might be Midway's last hit, the nearly 2-million-unit-shipping Mortal Kombat vs. DC Universe? Maybe not, if Mark Thomas has anything to say about it. He's the mystery investor who paid $100,000 last December for a controlling stake in Midway--the same stake media mogul Sumner Redstone paid an estimated $30 million for during the preceding years.

"The [Midway] Debtors are hemorrhaging cash at an alarming rate," read the objection. "Indeed, the Debtors' Budget indicates that between February 9, 2009 and May 4, 2009, the Debtors will burn through approximately $12,392,598 in cash representing an approximately 75 percent depletion of its cash reserves." The objection asked the court to allow it to impose limitations on the way the cash reserves are spent.