After months of slowly twisting in the financial wind, Midway Games has finally filed for bankruptcy. The Chicago-based publisher today submitted a petition in a federal bankruptcy court in Delaware to seek protection under Chapter 11 of the US Bankruptcy Code. The company blamed the move on last November's "change in ownership," when then-majority stockholder Sumner Redstone sold off his 87 percent stake in the company--valued at $30 million--for $100,000. 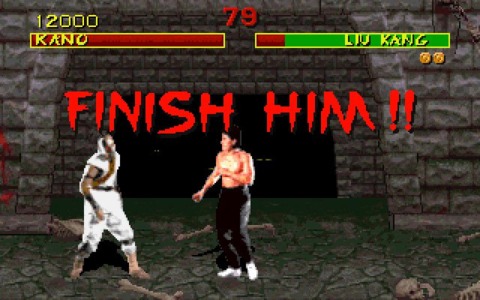 "This was a difficult but necessary decision," Midway chairman, president, and CEO Matt Booty said in a statement. "We have been focused on realigning our operations and improving our execution, and this filing will relieve the immediate pressure from our creditors and provide us time for an orderly exploration of our strategic alternatives. This Chapter 11 filing is the next logical step in an ongoing process to address our capital structure."

Today's move will allow Midway to reorganize to pay off its creditors, to which the company owes $240 million--or $72.5 million more than the company's $167.5 million in total assets as of September 2008. Currently, the company's worth is substantially more, as it has now shipped (not sold) nearly 2 million copies of Mortal Kombat vs. DC Universe. The publisher also played up the fact that its TNA Impact title also shipped more than 1 million units, and its Game Party franchise had sold more than 3 million units as of the end of 2008. Its overhead has been drastically decreased as well, after the company announced last December its plans to lay off 25 percent of its workforce.

Though today's filing might sound final to the layman, Midway's bankruptcy is actually a beginning, not an ending. "These filings tend to be fairly drawn out and slow-moving, and business can take place normally while the bankruptcy proceeds play out, so I would expect any games coming out over the next 2-3 months to be safe, so that would include the Wheelman launch," Signal Hill analyst Todd Greenwald told GameSpot. "As for whether the company can recover long-term, I certainly hope so, but can't say with any certainty. The fact that Eidos is getting a bid from Square Enix is potentially a good sign, though. "

Wedbush Morgan's Michael Pachter was similarly upbeat about Midway's ultimate fate. "The creditors will decide, but my guess is that Midway recapitalizes (the creditors turn debt into stock), and gets some new financing so that it can either recover or be sold," he explained. "A going concern is worth a lot more than a liquidation, given that the key talent will leave if the company is liquidated. Look at Acclaim, 3DO and Interplay, where there was nothing left after liquidation, and contrast with Eidos, which has a bid for £84 million on the table. The creditors have to realize that they can collect $100 million plus if they can get this thing turned around."

There are 375 comments about this story
Load Comments (375)