Unless you expected a civilian hero, a personal story, and Western developer Spark Unlimited (in which case, good job).

After Lost Planet 2's modest sales and lukewarm reviews, Capcom must have had a long, hard think on its sci-fi shooter series. A change of direction was probable, then, but not an about-face like this: Lost Planet 3 is a character-driven, primarily single-player adventure set years before the events of the first game. It's recognisably a Lost Planet outing (frozen plains, armoured mech suits, glowing akrid weak points), but there's a civilian hero, a personal story, engaging voice acting, and nary a nod at multiplayer co-op in its debut presentation at Capcom's annual Captivate showcase.

The new direction comes partly of a new studio. Lost Planet 3 is in the works at US studio Spark Unlimited, not with a Capcom in-house team. The new looks come of a new engine--not Capcom's own MT Framework, but ubiquitous workhorse Unreal, doing a spiffy job on the bluish alien glaciers, orange sunlight, and glinting mechs of E.D.N. III. The action, meanwhile, combines third-person shooting and exploration with first-person mech piloting and robo-brawling.

Where Lost Planet 2 took place after a thaw, revealing new jungle and desert environments, Lost Planet 3 turns back the clock to when the alien world was fully frozen, in the early days of human colonisation. Franchise director Kenji Oguro, still overseeing, promises a return to strictly cold climes, implying the second game steered too far from the icy terrain that marked out game one. "When you think of Lost Planet," he says, "you think of snow and ice and a very desolate world. This is one of the core concepts of Lost Planet 3."

Capcom producer Andrew Szymanski, meanwhile, talks up the story, a tale of "surviving in a harsh environment and unravelling its mysteries" as everyman protagonist Jim, a bearded construction labourer working to support his wife and baby back on Earth. ("The more I earn, the sooner I get to hold you both again," he says.) The hands-off demo was heavy on the cutscenes, charmingly voiced, showing Jim waking from a nap in the cab of his construction mech suit--the game's main vehicle and the series' biggest mech to date, says Oguro-san.

The portion presented comes from early in the game, starting in the enormous ice cavern hangar of the colony construction squad to which Jim is contracted. He ambles around this quest and upgrade hub in third person, whipping out a Dead Space-style holographic menu interface projected from a gauntlet gizmo. When he's piloting the mech suit, on the other hand, the game pops into first person: a cockpit view through the rig's frosty windows, from which he controls its mighty power arms--one a giant claw, one a giant drill, both strictly meant for construction work and clearing paths, but also handy in a scrap with a giant akrid crab beast.

Of which there are plenty on Jim's first mission. In it, he's despatched to plant ice-melting thermal posts at an intended building site. When a sudden storm ices up the cockpit canopy, he has to kick his way out--and the rest of the time, we're told, you can hop in and out at almost any point. Initially there are man-sized, four-legged akrid to see off; later come the colossal crab monsters, inevitable glowing weak spots protected by thick plates of translucent ice, as well as smallish, skittering, buglike variants. These latter beasties turn up in a mysteriously abandoned base Jim discovers while going about his day job; locations like these are inaccessible by mech, leaving Jim to tramp about on foot.

The strategic akrid battles that combine shooting and mech controls are the most interesting. In one scuffle with an armoured, scorpionlike akrid, Jim uses the suit's claw hand to seize the monster's giant arm and pin it in place, before leaping out of the cockpit to fire away at exposed underbelly. In other fights, the mech can do all the work, grabbing with one arm and drilling with the other, spattering the windows with glowing akrid goo.

As first impressions go, this was a good one--a blast of icy fresh air after the ho-hum shooting and stomping of game two. Spark's last offering was the mediocre Legendary, but that's ancient history (2008), and on the strength of the demo, be prepared to keep an open mind. Capcom's approach here to rejuvenating Lost Planet (hand it to a Western studio) resembles the Devil May Cry reboot given to British developer Ninja Theory. Here's hoping it pays off. 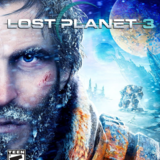