Compared to its well-reviewed elder sibling, Lost Planet 2 was a critical flop, averaging just 68 out of 100 on Metacritic and receiving just 5.5 out of 10 from GameSpot. Today, Capcom announced the Xbox 360, PlayStation 3, and (soon) PC game was also a commercial failure--so much so that the Japanese publisher is revising down its earnings for its entire fiscal year.

"Capcom has been unable to offset the large shortfall in sales relative to the plan for the flagship title Lost Planet 2 that was released overseas in the fiscal year's first quarter," the company said in a statement. Other reasons for the revision included the delay of Dead Rising 2 and the continuing weakness of the American dollar against the yen.

Set 10 years after the original, Lost Planet 2 picks up in the wake of substantial terraforming on EDN III that replaced the frigid tundra with large swaths of lush forests. Its campaign follows the protagonist and three non-player characters through six chapters, each of which features multiple outcomes that hinge on the actions of players.

For more on the title, check out GameSpot's review of the Lost Planet 2. 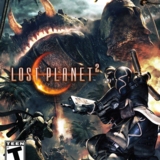