If you had to explain Yo-kai Watch in a nutshell to someone who's never heard of or played it, you might boil it down to "Pokemon but with Japanese ghosts" or "Baby's first Shin Megami Tensei." Anything grim or distressing about a kid who can talk to ghosts goes by the wayside when the ghosts are comical entities like a missing left sock or a possessed police car. In this third expansive and quirky outing for the Yo-kai Watch series, our hero Nate has to take on a quest far more daunting than anything he’s faced so far: moving to America.

Specifically, Nate's family ends up moving to BBQ, an over-the-top caricature of Texas, for his dad's job, and finds that the U.S. has supernatural problems all its own that he and his best yokai buddies, a cat named Jibanyan and an uber-effete ghost butler named Whisper, have to handle. Meanwhile, back in Nate's hometown of Springdale (which is located in Japan), a bubbly ball of nerdy energy named Hailey-Anne is enticed into buying a Yo-kai Watch of her own, which ties her to Usapyon, a ghost astronaut rabbit. Stuck with each other, they form a detective agency.

That's really over-the-top as far as a game aimed squarely at a younger audience goes, and that's largely a result of how it's been localized. Yo-kai Watch 3 was originally two games in Japan, with Nate and Hailey-Anne's stories comprising a game each. The version released in the West has combined the two, allowing players to switch to the other campaign at will, before the two stories converge in the later hours. It's a daring choice that allows you a ton of control over how you experience the sprawling narrative, but it also highlights just how much the narrative didn't need to sprawl to begin with. The first major plot points of both stories--Nate meeting a boy in BBQ who can see yokai as well, and Hailey-Anne starting the detective agency--are a good five or six hours in. Having both stories in the same package is a positive, but having to manually thread together two stories that could already stand to be a little more concise is less so.

On the plus side, that does give you ample reason to slow down and really take in your surroundings, which is really one of the greater joys in this game. Despite the aesthetic, the interpretations of Japan and Texas are surprisingly intricate places full of people worth speaking to and places to wander off to. As the game went on, one of my favorite things to do in it was to ride the trains in Springdale, missing stops just to look around. In addition, Nate's story has the compelling element of him trying to get accustomed to American culture, and on occasion, work you do in one of the towns--unlocking an app, or asking someone for a favor--affects the story in the other. But by and large, much of the first half of the game has both Nate and Hailey-Anne doing random fetch quests or being distracted with the game's numerous side missions, which are fun but wholly tangential from the main game. That creates a major problem with pacing early on.

Yo-kai Watch has always been an accessible series, and this third entry is no different. The cycle of gameplay usually boils down to Nate finding a possessed human doing something unusual, using the watch to reveal the yokai controlling them, and getting into a simple showdown with it. After these battles, there's a strong chance it joins your menagerie of friendly yokai who can be used to fight other yokai--of which there are a whopping 600-plus. There are very few of what seasoned RPG veterans might consider a dungeon, and when there are, as long as you've found at least six yokai you like, you can blow through nearly all of them in mere minutes, with no real pressing need to collect more except for the sheer joy of collecting them.

Combat does ostensibly have some measure of depth compared to the series' predecessors, with the addition of a 3x3 grid system that allows you to move yokai around to dodge attacks and pick up special items. There's also plenty of information about each yokai which you can put to good use, such as elemental weaknesses and their preferred food. That's all alongside familiar mechanics like quirky mini-games used to heal yokai that have been afflicted with status effects or to charge up ultimate (or more accurately, Soultimate) attacks. But with the exception of the occasional boss fight and the rather welcome difficulty spike of the final third of the game, it's rare that you actually have to utilize any of these mechanics. So much of the game's combat is a passive experience, but neglecting to have a full grasp of it when the game finally expects you to be proactive in battle will eventually get you in serious trouble.

These are the things that make Yo-kai Watch excellent as an introductory RPG for beginners. For everyone else, however, the game has to endear itself in between major plot points on sheer charm which, thankfully, it's more than capable of delivering. On the Hailey-Anne side, what comes off as grating over-enthusiasm at the start settles down over time to become unflappable optimism and curiosity. The girl fears absolutely nothing, even when giant demons start showing up that send her running through the streets. Her alliance with Usapyon evolves from one of convenience to a genuinely sweet elementary school partnership over time, especially as the details of Usapyon's origins become clearer.

Having both stories in the same package is a positive, but having to manually thread together two stories that could already stand to be a little more concise is less so.

As mentioned, Nate's side has an even more intriguing angle. For some reason, the localization obscures the fact that Nate's hometown of Springdale is in Japan, but the touchstones of a kid dealing with severe culture shock are still here. Even when American culture is as hilariously exaggerated as it is, there's something subtly poignant about an ostensibly Japanese kid exploring an all-American city for the first time. And as his circle of friends expands to include Buck, a wild-haired kid with a deep southern drawl, so too does his experience with American yokai and all the loud and proud aspects of such.

It's still a game aimed at a young crowd, though, and the game's poignancy is undercut a bit by wild reactions, non-sequitur humor, and impromptu j-pop musicals. Most of the scarier aspects of the game dealing with the existence and management of the afterlife have been softened to the absolute extreme. The game was only ever going to get so serious, and the winking nods to more adult fare like The Godfather, Fist of the North Star, The X-Files, and Twin Peaks are indeed just that: playful winks. It's less the competitive Growlithe-eat-Growlithe world of Pokemon than a cheerful, wacky playground where Pokemon-like creatures happen to live.

There's not much to Yo-kai Watch 3, but there’s still a lot of charm to be found. The towns of Springdale and BBQ are both bright, pleasant places to be; the people in it are even more so. Visiting the world of Yo-kai Watch for the third time is a fun time, even though you’ll end up staying a lot longer than perhaps necessary. 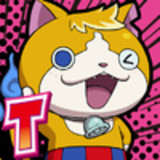 Justin Clark played Yo-kai Watch for 40 hours. A copy of the game was provided by the publisher.