Combat rarely lasts longer than a handful of rounds in the newest XCOM. In each encounter, XCOM: Chimera Squad kicks in the door, dives headfirst into an intense firefight, then walks out through a pile of bodies a minute or two later, dusting themselves down, a little scarred perhaps but eager to do it all again in the very next mission. XCOM’s turn-based tactical combat now comes in condensed form, relieved of extraneous matter, and for the most part all the better for it.

Assuming the human resistance triumphed in XCOM 2, the eponymous Chimera Squad is a special task force composed of human and alien soldiers that also serves as a symbol of a newfound cooperation between species. Dissidents remain, however, and so when the mayor of City 31 is killed in a terrorist attack, it's up to the Squad to track down those responsible. The stakes feel a lot lower than the global emergencies gripping previous XCOMs, yet the smaller scale of the situation dovetails perfectly with the tight-knit group of characters under your control and intimacy of the tactical maps on which they’re deployed. There’s a focus and clarity of purpose here that stands in sharp relief to the sprawling saga of a typical XCOM campaign.

Indeed, Chimera Squad feels like it spins the Geoscape and puts just one city under the microscope. Nine districts comprise the strategic map, each day highlighting a few of them with new missions to undertake--some advancing the story, others providing valuable resources and gear. Ignoring one mission in favour of another will raise the level of unrest in the neglected district and contribute to a citywide measure of anarchy that spells game over if it tops out. Despite the lower stakes, there’s still an urgency to your mission, especially as the doomsday clock of city anarchy ticks closer to midnight. And the strategic layer does a decent job of forcing decisions over which missions and districts you need to prioritise, even if it’s mostly a dry game of resource allocation that fails to evoke any kind of emotional response to the lives sacrificed along the way.

Chimera Squad performs better when bringing to life the characters of the squad itself. Beyond the initial gang of four there’s a full roster of eleven named soldiers to be recruited over the course of the game, each of whom boasts a unique set of abilities that are unlocked as they gain experience. And I really mean unique. No two abilities are the same. Even when the broad roles they perform are similar, the specifics cunningly conspire to demand separate tactical considerations.

Shelter and Torque both possess useful abilities centred on manipulating enemy positioning, for example, but while the former’s psionics let him swap places with a target, the extraordinary reach of the latter’s snake tongue allows him to pull a distant target onto an adjacent square. I mostly used Torque’s Tongue Pull ability in conjunction with Bind to take one dangerous enemy out of play and gradually squeeze it to death, but I also used it to pluck an ally out of danger or prevent an enemy from reaching a certain destination. Shelter’s Relocate ability let me drop him in behind enemy lines for a perfect flanked shot, while on one memorable occasion I killed the last enemy in an encounter by swapping positions immediately after that enemy had thrown a grenade my way, leaving him literally hoist by his own petard.

Across a cast of 11 characters with seven abilities each, five of which can be earned in any one playthrough, that’s an impressively diverse tactical lineup--one that succeeds in etching distinct personality traits on each soldier through the substantial differences in their play styles. Adding further character definition are the clever ways a soldier’s loadout is both limited and given flexibility. Weapon use is restricted to just one class, but guns can be outfitted with multiple mods, and on later missions you can discover one-off named weapons that confer a unique ability on its owner.

Axiom and Godmother may both wield shotguns, but my Axiom’s Run & Gun ability complements his weapon mod that boosts crit chances at close proximity. My Godmother, on the other hand, can unload three shells at once to Ventilate an enemy through any cover, an ability that I chose to pair with weapon mods that not only increased clip size but gave her the first three reloads for free. Like Shelter and Torque, such variations fill out Godmother and Axiom’s respective suites of abilities, and what at first may appear to be negligible differences acquire more nuanced markings in the field.

Missions are designed around short, sharp bursts of action and are often split into multiple (but no more than three) encounters confined to a handful of rooms that, in themselves, are much smaller than any map you’d find in the recent XCOMs. The tactical choices start with the breach, where your decisions over who enters via the main door, the side window, the skylight, the imminent hole in the wall, and so on have immediate consequences. Here, you’re determining the order in which your soldiers take their turns in the initial phase, the buffs they can apply, and the positions they’ll take up once the fight gets underway. All of these choices are vital. Get them right and you’ll tip the balance in your favour; get them wrong and you’ll have learned some lessons for next time.

There’s a coarseness to the feel of the tactical combat that contributes to the sense every decision matters. Actions are big and definitive. Outside of the odd boss encounter, you’re never whittling away at an enemy’s health bar. Shots deal damage by the wallop, and you can down many foes in one, two, or occasionally three hits. Abilities can often be more impactful than standard attacks, to the extent that I completed plenty of missions without firing a regular shot. Recognising when the stars have aligned for you to deploy that battle-turning ability is an important tactical asset; being able to plan ahead and, in the space of a turn, manoeuvre your squad and the enemy into position to take full advantage of said ability is invaluable, not to mention endlessly satisfying when you pull it off.

Less satisfying is the addition of androids to provide support to your squad. If, while on a multi-encounter mission, one squad member bleeds out, you’re able to replace them with an android for the next encounter. I played through the campaign on the Normal difficulty and called upon a replacement android just once, thus rendering the resources I’d invested in upgrading them pretty much wasted. I needed their service more frequently on the higher difficulties, but I couldn’t shake the nagging feeling that anything I invested in backup troops would be better spent on my core squad. Yet on the occasions one of my elite squad members went down, the untrained android sent in their place simply wasn’t up to the task. There’s an uneasy balance here, one that left me feeling like I could only make poor decisions, and it’s the one area where the tweaks to the XCOM formula aren’t obviously successful.

By stripping back XCOM combat to its bare minimum, Chimera Squad is able to make nearly all your choices vital. This isn’t a series of small choices that slowly accumulate into something interesting; it operates more like a one-two punch of big decisions. You don’t spend any time in an encounter here patiently edging forward, stationing your squad on overwatch and wearing down the enemy. Instead, the enemy is right there in your face from the jump, and you’ve got to act now and act decisively. Luckily the Chimera Squad is there to back you up. 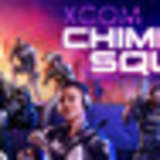 David Wildgoose saved City 31 on the default difficulty in around 20 hours and has spent another 20 hours replaying the campaign on the higher settings. He played on PC with a code provided by the publisher. 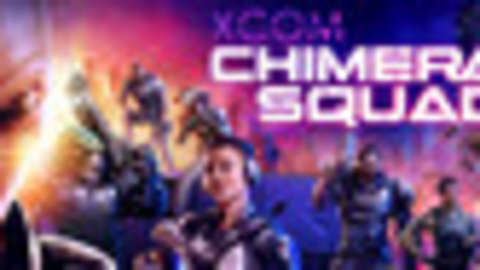