The bow is mightier than the sword.

There’s something so satisfying about catching your opponent’s arrow mid-flight and shooting it right back in his or her face--especially if you don't already have an arrow waiting in your quiver. It’s a complete reversal of fortune: the hunted becomes the hunter in a micro-drama that lasts less than a second. Then the next round starts and it all begins anew. Towerfall Ascension is full of these tiny victories, and joins a growing collection of competitive games--including Nidhogg, Samurai Gunn, and Divekick--that create fierce competition with a few simple commands. It’s a delightfully frantic game that rewards quick wits and strategy above mastering complex controls, and truly shines when you have three friends in arm’s reach to pit those talents against.

Of the games previously mentioned, Towerfall Ascension shares the most in common with Samurai Gunn. Both games feature one-hit kills, single-screen arenas, and a simple play style that amounts to little more than move and shoot. But while Samurai Gunn’s main focus is sword-on-sword violence, Towerfall is all about ranged fighting with your trusty bow and arrow. This could mean blasting your opponent point-blank before they can react, or setting up a long-range snipe while they’re busy battling your buddies. There are pros, cons, and plenty of variations to explore for these two tactics, but in the end Towerfall’s small arenas and fast-paced action force you constantly change your play style on the fly--which is an enjoyable challenge in the heat of battle.

All this talk of tactics is moot, however, if you don’t have any arrows. It is always a heartbreaking moment when you spy the perfect opportunity for a kill only to watch it slip past as you pitifully pluck at your naked bow string. You start with three arrows in your quiver, and arrow icons above your character’s head indicate how much ammunition you have remaining. When you run out--and you will run out--more arrows can be scavenged from the battlefield simply by walking over them, or by snatching them from your opponent. Each character has the ability to dash a short distance, and by dashing into an oncoming arrow you can catch it out of midair and add it to your quiver. It’s an exciting technique that rewards you for getting in your opponent’s face from time to time, and not spending the entire match running away.

Unfortunately, if you’re playing Towerfall alone your options are limited as this game is definitely designed for group play. When played solo, you can either hone your skills in Trials mode, or take on the AI in Quest mode. The trials are broken out into several time trials which test your ability to take down targets in the fastest time. Trials are also a great place to master the game’s many arrow variants--such as drill arrows and bomb arrows--since there are trials specifically tailored for different arrow types. In the Quest mode, you and up to one other player can take on waves of monsters cooperatively across 10 different stages. Not only will you encounter enemy archers in this mode, but slimes, ghosts, and grim reapers as well. These foes fight differently from the archers, which is good for breaking up the archer-on-archer combat that’s so prevalent in the game’s main mode: Versus.

Versus is where Towerfall Ascension is at its best. Up to four players can compete in free-for-all matches or break out into teams of two, and both modes feel very different. Free-for-all matches are extremely chaotic as you try and monitor up to three other players at once to ensure you don't take an arrow to the back while lining up your next shot. Alternatively, team matches are more calculated. You can coordinate with your partner to launch a two-pronged attack, or send one out as a decoy to draw fire while you snipe from afar. You can further tweak either mode by activating some of the game’s variants. Some variants make the game more challenging by killing you if you try to shoot an arrow when you have none available, or add to the chaos by causing corpses to explode. Together, the variants are more than just a goofy distraction. They can modify matches in interesting ways and help extend your enjoyment of the game.

Whether you’re playing with or without variants, Towerfall is a blast to play with your friends. Scoring a kill takes work since the arrows don’t move much faster than the characters, and can be snatched out of the air by alert players. Instead of fighting head-on, you are constantly thinking of new ways to outsmart the other players--either by tricking them with some new tactic or catching them with a surprise attack. You need a plan of attack, and when that plan comes together it feels very rewarding.

If you don’t have any friends on hand, Towerfall’s appeal drops significantly. Quest mode is a fun distraction, but pales against the fierce competition of Versus, which requires at least two local players to use. Online play is completely absent as well, which further compounds this issue. With a few friends, Towerfall Ascension is a fantastic multiplayer game that offers a ton of variations on its enjoyable archery combat. Just make sure those friends can join you on the couch.

TowerFall Ascension is featured on our list of the best PS4 multiplayer games. 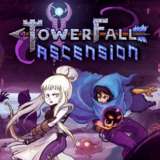 Maxwell McGee is relishing the fact that one-hit kills are breathing new life into the competitive brawler genre; but his primary Towerfall tactic of blowing himself up with his own bomb arrows still needs work. 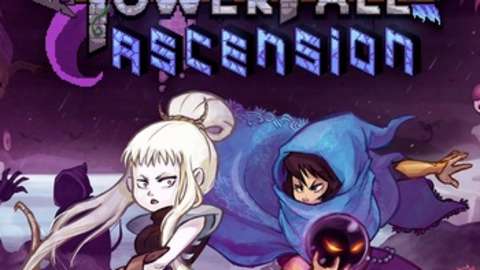 TowerFall is an archery combat platformer for up to 4 players.