The quick and the dead.

Do you know who fights with honor? Dead people. Life is fragile in Samurai Gunn, too fragile to worry whether your unsavory tactics might blemish your stellar reputation. An honorable person wouldn't lie among the fallen fighters, ready to surprise enemies with a flourish of sword slashes and gunshots, nor would someone who has dignity position himself near respawn points, eager to vanquish foes with little chance for retaliation. If feigning death keeps you alive one more minute, then be as still as possible, and let your defeated friends bicker about the right way to compete. You may have played dirty, but don't be ashamed; you alone are left to enjoy the spoils of victory.

Samurai Gunn is a two-dimensional brawler with a dark heart. Four local friends take part in frantic fights to prove their quickness with a sword, deftness with a gun, and their shrewdness in the heat of combat. One screen reins everyone into a diminutive arena, and as you leap up walls and dash through bamboo paths, you're never far from bursting into a bloody mess. Because just one strike ends your life, you learn to accept your failings. Your friend may have slain you with one perfectly timed shot as he plummeted toward the bottom of the screen, but next time, you may reflect that bullet right back at him, or rush toward him before he can pepper you from afar.

Tactics are thrust to the forefront once you master the basic controls. With three other players dancing around you, death comes quickly to the unprepared, so a little bit of thought goes a long way toward ringing up the kills. If trickery is your desire, just kneel down near dead bodies or deep in spike-laden pits, hoping to blend in to the environment to surprise a distracted foe. Or maybe long-range attacks are your specialty. Slide up and down walls, and use platforms to your advantage, as you keep your distance while bringing pain. Of course, such a strategy won't last long, given that you have only three shots per life, and if you should fall into a pond, your ancient gun sprays only water. Samurai Gunn swallows anyone who lacks versatility. Rely on any one plan for too long, and your friends will catch on, and your run at the top will end.

Victory is achieved in one of two ways, depending on which option you choose--by killing the most or being the last to use up your stock of lives. With the former goal, offense is emphasized. You must continually stalk your friends or else you're left with nary a point to your name. Samurai Gunn is fast and deadly in this mode. Blood splatters as each character dies, respawns, and then dies again, and any setback must be brushed aside as you rush once more into the fray. The kinetic excitement leads to moments of pure joy--such as when the person in last place goes on a killing spree to wrest away victory--and the ending of a match only makes you eager to jump into another round on a different map. Maybe you want to test your mettle on the icy mountains, where icicles can impale you from above, or crawl upon the sticky ceiling of the graveyard to laugh in the face of gravity.

Stock matches have an entirely different feel. Here, death matters, so rushing pell-mell into fights means you're going to end up sad and bruised. So you play with patience. Watch as two players square off, and then fire a shot into the back of your distracted friend. Or wait until that moment after one friend kills another, that second of celebration that invariably comes after a successful fight, and then show why you're the only real samurai of the bunch. Matches where living takes precedence over killing are so deliberate, so full of cunning, that your stress is on the same level as your excitement. The energy builds in your chest, ready to be released in a storm of slashes and blasts, but you must hold back. Taunt your friend, get him to rush at you or stupidly turn his back, and then release the wrath that has been building inside of you. When the match comes to a close, and the scores are tallied up, there may be just one point separating the victor from the losers. In such a situation, there's a showdown. One flat stage, one life, winner takes all. And you thought stock matches were stressful.

Are you by your lonesome? There are single-player matches as well that mirror the rhythmic conquests of multiplayer duels. You compete on the same maps with the same attacks as before, and if you forget that you're going against AI foes, you could be tricked into thinking that you're facing off against friends. But it's not the same. That triumphant yell when you best a person next to you, whom you've joked with and plotted against, can't exist when you're sitting by yourself, matching wits with a computer. It's a shame that Samurai Gunn lacks its maniacal edge when played without friends, because there's no online option to take on faraway people. Thankfully, you can take on AI enemies if you don't have three friends nearby, and trying to kill the computer samurais but not each other adds a whole new layer of strategy. And if you must slay alone, you can practice your techniques, and the volatile back and forth is so enticing that you still get lost in the bloody rhythm, but the matches can't live up to the multiplayer escapades.

Samurai Gunn revels in its own simplicity. The selectable characters are identical save for their outward appearance, and there are only a handful of moves in your repertoire. There are no unlockable skills, no stages to earn, or any other distractions. And all of that is to this game's benefit. The battles are all that matter, letting you focus entirely on the exciting conquests. When you play with a trio of like-minded friends, everything comes together in such an enticing way that you scream and laugh and taunt and growl until you have to pull away to do other life duties. Samurai Gunn makes excellent use of its simple nature to keep you invested in the bloody life born warrior. 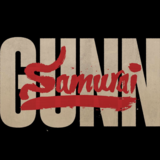 Tom has been aching for an exciting offline competitive game for far too long, so was immediately taken in by Samurai Gunn. He spent the majority of his time in four-player matches and rarely had much honor. 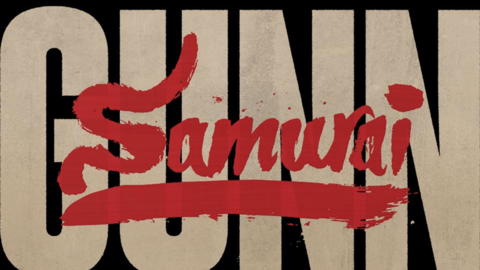 Samurai Gunn is a two- to four-player local multiplayer game, where each player is armed with a sword and a gun, with only three bullets to a life.