Spider-Man: The Movie executes the core elements of the Spider-Man experience well and, in particular, features some great outdoor levels.

When Spider-Man: The Movie was first announced for consoles, it was expected to turn out quite similar in style to the previous Activision Spider-Man games. And though Spider-Man: The Movie features plenty of visual enhancements and much larger environments than its predecessors, it is indeed similar. In fact, it's so much like past Spider-Man games that it's inherited several of their problems, particularly the shoddy camera system. While that may be a necessary evil in attempting to capture the movements of Marvel Comics' famous webslinger in a game, other issues--like the game's questionable enemy AI--could have been avoided. Still, Spider-Man: The Movie executes the core elements of the Spider-Man experience well and, in particular, features some great outdoor levels. Most players will have fun swinging in between (and mysteriously high up above) massive skyscrapers or lurking in the shadows, waiting to pounce on an unsuspecting villain. The convincing graphics will also help most Spider-Man fans look past most of the game's flaws.

If you've played any of the other Activision Spider-Man games, then you'll be able to jump right into Spider-Man: The Movie--the default control scheme is essentially identical to the one found in those games. Likewise, newcomers will find that the default controls are relatively simple, with each of Spider-Man's main abilities--including hand-to-hand combat, webslinging, and web zip lines--mapped to individual buttons on the GameCube controller. The default control scheme has some problems, though. When you want to perform a web pull or shoot a ball of webbing at an enemy, you have to press a button, as well as a corresponding direction, on the analog stick. It's easy to mess this up--if you don't time the combination precisely, Spider-Man will merely take a step in the direction you've indicated, rather than perform the move. Several versions of Spider-Man: The Movie were released simultaneously, and though this problem affects them all, it is a little more apparent on the GameCube.

Fortunately, the development team at Treyarch has tried to address this by incorporating an "enhanced" control scheme, through which web attacks--such as the web pull, the web ball, and the web dome--are executed by pressing a web-modifier button and then a corresponding action button. This system actually works quite well, and you won't run into any of the movement problems associated with the default control scheme.

But inevitably, you'll encounter serious control problems that have nothing to do with the layout or how responsive Spider-Man is to your commands. Many of your frustrations with Spider-Man: The Movie will be directly linked to the game's camera, which seems to take on a life of its own. The camera doesn't have a default position where it stays directly locked on Spider-Man's back, so, for example, even when you're simply running down a hallway or across the rooftops, you'll find yourself perpetually having to adjust the camera and Spider-Man's direction. This problem is significantly magnified when you use the lock-on option. There are numerous moments in which you'll be heading in one direction and then all of a sudden switching to another so that the camera can compensate to keep both Spider-Man and the enemy onscreen at once.

The perspective works at least reasonably well in the outdoor areas and during missions that require stealth, which occur quite frequently near the end of the game. However, the stealth element isn't done nearly as well as in games like Metal Gear Solid or Tenchu, and more often than not, you'll find that taking the time to be stealthy just isn't worth the effort. Spider-Man can essentially hide himself in the shadows, but some shadows offer more cover than others do because you won't be fully hidden--unless the icon in the upper right-hand corner of the screen is completely shadowed. The stealth system is not only inconsistent, but also just doesn't make sense at times--clinging to a certain spot on a wall that's completely visible will shade the icon, while lurking in a shadow in a corner of the ceiling will not. If anything, this makes the game more time-consuming and challenging; however, there's no denying that Spider-Man's stealth sequences can be pretty awkward.

Thankfully, there are other types of gameplay that are much more fun. Most, if not all, of these occur in the outdoor levels, which unfortunately are less frequent (and shorter) than the indoor levels. As such, there will be times when you'll wish the game wasn't based on the movie so that it could include more of these outdoor levels with their straightforward but fun action. On the other hand, the indoor levels fall victim to boring conventions--like those requiring you to find items and then backtrack through a level to use them--that at best sometimes give the illusion that the gameplay is deeper and more involved than it really is. It's unfortunate, because Spider-Man: The Movie probably would have been much more enjoyable without these indoor levels.

The basic action elements save Spider-Man: The Movie. The combat is fun and actually requires you to think a little and scan the environment for good places to take on groups of enemies. In some of the earlier levels, you'll have to take on five or six thugs at once, some of whom have guns, making it easy for them to stay back and fire at you while their buddies take swings. In situations like these, you'll find yourself looking for areas where you can take cover against gunfire and fight enemies hand-to-hand at the same time. Of course, in the same situation, you could use any one of Spider-Man's web abilities to help you out. Generally, there are several different ways to approach combat.

You can expand Spider-Man's fighting abilities by finding yellow Spider-Man icons that are scattered throughout each level. Each icon indicates the button combination to one of dozens of new moves that Spider-Man can execute. While it's not completely necessary, the game will be much easier for those who take the time to find these icons and learn how to use different combinations effectively. That's because as you progress through the game, the boss characters, and even some of the more powerful thugs, will start to block your combinations and even counter them if you continually use the same ones.

There are a quite a few surprises when it comes to the enemy AI in Spider-Man. The aforementioned hand-to-hand combat boss battles can be quite difficult, but even the weakest of enemies will sometimes foil you. If you jump on the back of a thug and stay there for too long, he'll run straight for a wall to knock you off his back. Unfortunately, the AI isn't all good--some enemies just walk around in circles even though they know exactly where you are, and others are incapable of opening certain types of doors, which gives you an easy escape route if you happen to be close to such a door.

Most of the enemy character models are reasonably detailed, considering there are usually five or six onscreen at once, but the real beauty of Spider-Man: The Movie is in the main character models and the outdoor environments. Spider-Man and the boss characters all look good. You'll be able to see some really small details, such as the cloth pattern in Spider-Man's suit and the reflective surface on his eye patches, and you'll be impressed with his fluid animations. The outdoor environments are massive, with plenty of skyscrapers and smaller buildings dotting the landscape. Windows all reflect the surrounding scenery, sunlight shimmers off a nearby river, and traffic scurries far down along the streets below. You'll definitely be spending your first few moments of the game taking in all the detail and marveling at how much better the outdoor areas look than those in the previous Spider-Man games. The indoor levels aren't nearly as impressive, though they still feature plenty of clean textures and some decent lighting effects. Overall, the GameCube version of the game looks somewhat better than the PlayStation 2 version and somewhat worse than the Xbox version. While it doesn't have the crisp look or quite as smooth a frame rate as the Xbox version, the GameCube version of Spider-Man: The Movie looks marginally better than the PlayStation 2. The textures look cleaner, and the frame rate is a little more consistent, though like in all the other versions of the game, there are certain points where the frame rate inexplicably drops. Fortunately, none of the frame rate problems have a drastic effect on the gameplay.

In keeping with the fact that this is a video game adaptation of a movie, Activision was able to procure the services of both Toby Maguire and Willem Dafoe to voice Spider-Man and Norman Osborn, respectively. Disappointingly, Toby sounds as though he really doesn't want to be doing voice work for a video game. However, Dafoe's performance is actually quite energetic and entertaining enough that it saves the exchange that occurs between Spider-Man and Norman Osborn's alternate identity. Also, the music is surprisingly subdued for a game of this type. The tracks actually do a fairly good job of giving you the sense that you're playing through a video game version of a big-budget action movie, but most of the tracks are really short and none are particularly inspired.

Spider-Man: The Movie is really two Spider-Man games. The outdoor levels are so much more fun and enjoyable than the indoor levels--so much that the game could have been much better had there simply been more of the former and less of the latter. To be fair, some of the indoor missions are entertaining in their own right. And even despite the camera problems and some of the other issues, most players will probably enjoy playing what ultimately turns out to be a graphically enhanced version of the PlayStation and Dreamcast Spider-Man games. In addition, the sheer number of extras--which are rewarded to you based on your performance in each mission and include things such as Spider-Man Bowling and production artwork--along with the high degree of challenge, should keep you busy for some time. 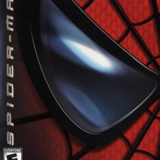