Schrodinger's Cat And The Raiders Of The Lost Quark Review

Questions of science, science and progress.

Many articles could be written about the idea that the video game mascot--in the Mario/Sonic/Crash Bandicoot/Pikachu sense--is dead, and what that says about where games are as a medium, but suffice it to say, that Schrodinger's Cat and the Raiders of the Lost Quark tries to make a new one is at once endearing and utterly baffling. Of all the aspects of 90s gaming that are being mined for material, that's one I never expected to see make a comeback.

In the game's favor, it's a great idea for a mascot-style platformer. On the subatomic level, a particle zoo--a real term used to describe the atomic building blocks of our universe--is used literally here as a bright, colorful cartoon zoo housing quarks, gluons, and the like. One day, security breaks down, Jurassic Park-style, and the zoo's inhabitants get loose. Unable to deal with the sudden chaos, the zoo's director calls in an agent with a particular set of skills: Schrodinger's Cat. You might remember him from such popular quantum states as “being alive and dead at the same time.”

The particular set of skills the Cat has turns out to be collecting and manipulating quarks to create completely new tools to traverse the environment. The science is rather cleverly on point here. There are four different types of quarks running around: Up, Down, Construction, and Destruction; each type is assigned to a shoulder button. Pressing them in combinations of three creates a different effect, just like they create protons in reality. Three Ups create a tiny helicopter. Three Downs create a drill that breaks through floors. Three Constructions create a giant bubble shield; three Destructions create a fragile platform to stand on. The 12 possible combinations are mostly left to the player to discover. It's a fun bit of trial and error to find all the different options, which are wisely shown in a little reference guide when you pause the game. A few too many are different permutations of “this helps you go up,” but when you start running out of components, the options for a creative alternative are nice.

It's an imaginative mechanic that feels like it belongs on a current gen system. The problem is that the rest of the game is absolutely committed to being a 90s mascot platformer in every other respect, complete with the Cat himself being given obnoxious, oft-repeated catchphrases, like “Scienceariffic!” and yelling “Holy Higgs!” when he dies. Schrodinger's Cat is, ultimately, the more ThinkGeek-y cousin of Bubsy The Cat, to the point where I bet a friend that “What could possibly go wrong?” was coming. The references to famous physicists and physics terms start off as cute, but they quickly become ubiquitous, obvious, and awkwardly shoehorned into the narrative. Non-player characters serve the same function, offering hints and clues to the next objective but burying those hints neck deep in references to the Higgs Boson and combinant theory at every turn. The script is less concerned with showing and playing with the physics concepts (in the way that Psychonauts utilized psychology) and more concerned with showing off the fact that yes, the designers clearly went to college. It's exclusionary nerdery at its worst.

Even as a game, however, it is trying to serve two masters at once. Two types of levels are seen here. The best are pre-planned puzzle levels with a limited number of quarks to use, quark-stealing gluons scattered about, and the need to do some tricky platforming. Faint glimmers of greatness occur here--if you run out of the type of quark you need for the easy solution, you have to think creatively to use the quarks you do have. You have plenty of ways to get vertical in a level, but having the ability to explode a wall in just the right way to proceed and saving enough quarks to do so is a different story. The worst levels, on the other hand, are procedurally generated, awkwardly designed obstacle courses that rely far too much placing nondescript destructible walls in your way rather than creating a surmountable challenge.

Both types suffer from a severe lack of variety in environments and enemies for a platformer, and seeing the subatomic world undulating in the background doesn't cut it. It doesn't take long for the game to show you virtually everything it has to offer. The actual mechanics of running, jumping, crawling, and clawing are just fine, but the mad genius platformer where you get to test any of those skills is missing. All we get in return is a gimmick in which you can create a special net out of your available quarks to cart the ones you knock unconscious away, making the job of the zoo's staff a lot easier. It's neat the first hundred times, but it’s not nearly enough. You have to do way too much of it to feel a sense of accomplishment; you also have to do it while walking in the irksome paws of a sentient episode of The Big Bang Theory. The game turns a fresh, fascinating new mechanic using particle physics as a creative springboard into the most staid, stale platformer imaginable. If the goal was to create a game that's both alive and dead at the same time--mission accomplished. 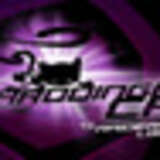 Schrodinger's Cat and the Raiders of the Lost Quark
Follow

Justin Clark spent 6 hours with Schrodinger's Cat, an hour and half of which spent obsessively netting unconscious gluons before saying to hell with it. The fact that Justin was a Liberal Arts major and thus has no idea about how to science had no bearing on this review, he swears. 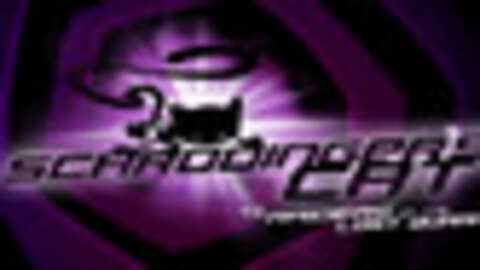 Schrodinger's Cat and the Raiders of the Lost Quark

Schrödinger’s Cat is a wacky & colourful puzzle laden platform game, set in a unique quantum physics world. A disaster at a subatomic holiday destination has caused all the primitive particles to escape! Help Schrödinger’s Cat round them up.

5.7
Sign In to rate Schrodinger's Cat and the Raiders of the Lost Quark