Resident Evil 2 on the GameCube may be enticing for those who have never played the game, and for them it might be worth a rental.

The most frightening aspect of Resident Evil 2 for the GameCube isn't the zombies that walk the hallways, the enormous spiders lurking deep within the sewers, or the other horrid denizens of Raccoon City--it's the fact that a mediocre port of a 5-year-old game retails for nearly the same price as an entirely new product. What makes this even worse is that Resident Evil 2 for the GameCube features the same relatively minor visual upgrades to the main character models and other small changes as the Dreamcast version of the game, but somehow the Dreamcast version retailed for less than $20.00. Dubious pricing schemes aside, Resident Evil 2 is still one of the best games in the series, and if you've missed out on the four other versions of the game, it might be worth a rental--but nothing more.

Resident Evil 2 takes place shortly after the events that transpired in the original game. Rookie police officer Leon S. Kennedy heads toward Raccoon City for his first assignment, only to find that the city has been overrun by zombies. Likewise, Claire Redfield enters the city on a quest to find her brother, Chris Redfield, who was a member of the S.T.A.R.S. team featured in the original game. You can play through the game as Leon or Claire in separate quests, but aside from a few areas involving secondary characters and some different story elements, the two quests are largely the same.

The gameplay in Resident Evil 2 is similar to just about every other game in the series. Puzzles involve moving statues around, discovering special items and placing them in the appropriate area, and hitting a series of switches in a correct order to unlock doors. When the game was first released five years ago these puzzles were much more entertaining, especially since they were a little more involved than the puzzles in the original Resident Evil, but they haven't held up well over the years, and you will probably find them to be quite tedious. Resident Evil 2 also uses the older inventory system, which forces you to store items in chests located within the save areas as opposed to just dropping items on the ground as you do in Resident Evil 0. Control mechanics are also identical to other Resident Evil games, which is to say that they're clunky. Leon and Claire both control like tanks, making it frustrating to maneuver among crowds of zombies or to avoid some of the more agile creatures. Of course, fans of the genre have long since adapted to this poor control scheme and probably won't have much trouble with it here, either.

The gameplay is undoubtedly the most attractive part of the Resident Evil 2 package, but it might not be enough for you to look past its utterly horrible graphics. While they look better than the original PlayStation models, Leon and Claire look horrible and have all sorts of visuals glitches ranging from clipping to flickering on their joints. The textures on the zombies are blocky and are only marginally better than those found in the game's PlayStation counterpart. Interestingly, there are also some very choppy death animations for the zombies and just about every other creature in the game. In addition, the prerendered backgrounds look pixilated and don't blend particularly well with any of the character models.

Surprisingly, the sound in the game holds up pretty well. You'll hear different sounds depending on the type of surface you're walking on. Moreover, there are plenty of environmental sounds as well as various groans and screams that help add to the overall atmosphere of the game. The voice acting is relatively poor, but it's far from being the worst in the series.

Resident Evil 2 on the GameCube may be enticing for those who have never played the game, and for them it might be worth a rental. Even so, the game offers the arrange mode (which gives you unlimited ammunition and all of the powerful weapons right off the bat), so you can easily breeze through it in a few hours. As for all of the other Resident Evil fans, there's absolutely no reason for you to buy this game. 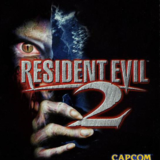 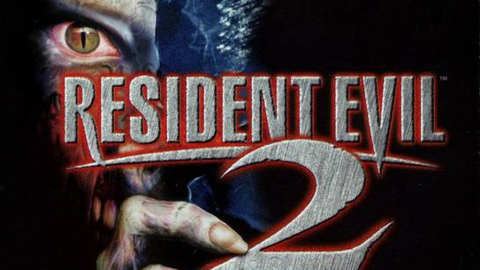