Almost 15 years ago Postal was released on the PC, giving players a chance to go on a virtual murder spree and setting off a wave of outrage from concerned parties. A few sequels and expansion packs later, Postal III has arrived with a fresh new slate of gory gameplay and gross-out humor. Though the ragged limb dismemberment delivers on the gore front, the game falls short in every other respect. Stilted controls, terrible AI, and poor level design make playing Postal III a chore, while an utter lack of wit or cleverness causes the humor to fall flat. When you add in a suite of disruptive and game-crashing bugs, you've got one dismal download.

The cutscenes help chain these bizarre scenarios together (narrated in bored tones by Postal Dude), but the whole game continues in this scattershot manner. The disjointed flow creates the feeling that Postal III is the result of an attempt to brainstorm a bunch of wacky and offensive scenarios and then stitch them together into a game. The rogue's gallery comprises tired stereotypes, including bungling police officers, gay cowboys, dirty hippies, obsessive nerds, angry moms, cranky Asians, and belligerent Taliban. Each group either plays its stereotype straight (nerds demand rare action figures!) or does the opposite of what you'd expect it to do (Taliban does business with American fast food joint!), but neither option is ever funny. Postal III aims for some "I can't believe they said that!" shock, but the things they are saying became cliche years ago, and relentless repetition encourages you to tune out most of the chatter. Without a spark of wit, a clever twist, or a sense of comic timing, the writing and dialogue in Postal III remains depressingly humorless.

Laughs you do get from the game will likely come from the action itself, but it might take you a while to get there. After the intro cutscene, you begin with a tutorial sequence on a zombie-infested bridge. This acquaints you with the basic movement and shooting mechanics, which are fine if you are using a gun in an open area. If you maneuver around environmental elements, though, you're likely to get hung up on corners or uneven terrain. And if you try to melee attack an enemy, your swings might miss despite being directly on target. Throwing a grenade is straightforward, but pouring gasoline onto enemies and lighting them on fire is finicky and inconsistent. Postal III is shaky on the basics, which gives rise to countless frustrations and awkward situations as you progress.

Once you've come to grips with the stilted gameplay, it's time to learn the limitations of the AI. Allies and enemies behave similarly; they meander unevenly around the conflict zone, stopping to shoot the nearest enemy or simply standing around while the fight rages around them. A single headshot from any gun decapitates your foe instantly, so it's possible to run through dozens of foes with point-and-click ease. But playing as a straight shooter is dull, so you may want to experiment with your large arsenal to spice up things. Molotov cocktails, psychotic cats, a pepper spray flamethrower, and a fart gun are just some of the options, but the more creative you try to get, the more likely it is that you suffer an untimely death. Accidentally killing an ally will double your enemies instantly, and setting yourself on fire is practically a death sentence until you realize that peeing straight up into the sky will save you.

Ah yes, peeing. Once again, you can unzip your fly and pee on anything at any time. This kind of vulgar mayhem has some mischievous appeal, but it soon gets old as you become preoccupied with the numerous deficiencies that block your progress. After enduring some frustration and being bombarded with unfunny dialogue, however, you might find yourself with a bit of a grudge toward the game. At this point, you can take your anger (or any spare anger you have lying around) and perhaps find an outlet in the dark reaches of Postal III.

The vigorous dismemberment mechanic allows you to sever heads and limbs, leaving ugly, ragged wounds that spurt blood. Shredding a body on the ground and then throwing the bloodied appendages at passersby offers a certain perverse appeal, as does the subtler mischief of peeing into a policeman's computer fan. Killing a dog with a badger may not be something you discuss in polite company, but it's less creepy than knocking pedestrians out with your Taser (be sure to hold the trigger until they're unconscious), drenching their bodies in gasoline, and then standing over them with a lit match. Even the game's bugs create amusing situations from time to time, notably when you shoot someone with a previously vacuumed turd and it hangs in midair, radiating poop waves like a small fecal star.

Though you can get some depraved enjoyment and mild catharsis out of such villainy, it is small consolation for the aggravations you must endure while playing Postal III. On top of the defective gameplay and barely functional AI (which makes the few escort missions excruciatingly bad), this is an ugly and unstable game. Homely character models, rough textures, and ungainly animations paired with visual bugs and intermittent crashes add technical deficiency to the long list of flaws. Although there's an alternate ending for going the peaceful route, there's too much wrong with Postal III to make it worth playing even once. 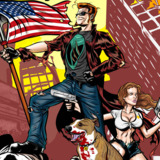 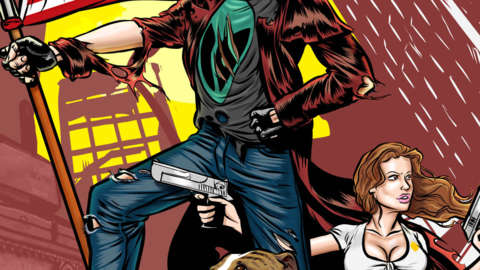 The Postal series continues in this third installment, using the Source Engine from Valve.