Despite being plenty of fun and sporting a few new tweaks, Pokemon Black 2 fails to outshine its predecessors.

The core Pokemon games are notorious for sticking to a tried, tested, and very familiar formula. After all, it's a formula that works, and that people enjoy, and one thing you can never accuse the main entry Pokemon games of is forgetting their roots. Black 2 is pretty much exactly what you'd expect, then. Given that it's the first numbered sequel in the series, it's even less of a version shift than seen in previous games. It's not exactly the same as its predecessor; there have been a number of tweaks, functionally and aesthetically, and the plot's (sort of) new too. The problem is that, despite the additions, a weak plot, poor pacing, and an overabundance of easily-defeated Pokemon mean it's just not as good as the games that came before it.

Most of the initial changes you notice are far from revolutionary. You start in a large city, rather than a small town. You're given a Pokemon by Black/White's Bianca, rather than by a professor. You're given 10 Pokeballs instead of five. For the Pokemon fan, there are plenty of neat little variations to the tried-and-tested formula, and it's pretty clear that for the most part this is who Black 2 is aimed at: Pokemon fans who want another Gen 5 game really quickly.

Other changes include new areas that weren't accessible in the game's predecessors, including a few new towns and cities, as well as redesigned routes, and a few all-new dungeons. The gyms have all been changed, with a few past gym leaders making way for new challengers (including previous pal Cheren). Unfortunately, with the gym redesign the excellent room-spanning puzzles found in Black/White have been scaled back and replaced with unchallenging puzzles that can be solved with minimal effort. Even the most challenging of the gyms are still incredibly simple compared to their previous counterparts, which is disappointing.

The difficulty curve is off too, and it takes a long time before you reach an area where you can catch any decent Pokemon. It's entirely possible to blitz the first few gyms using just Oshawott, Snivy, or Tepig, something the previous games didn't allow, which encouraged better team building. Then, toward the end of the story, there's a vast section spanning a couple of gyms and a couple of plot-related dungeons in which the levels of your opponents' Pokemon barely increase at all. Unless you're training up loads of Pokemon at once, this means that by the time you face your most fearsome foes, you're almost guaranteed to have a few team members that can wipe the floor with them without breaking a sweat.

It's hard to shake the feeling that Black 2 is simply going through the motions. The plot's a direct continuation of the Team Plasma/N storyline, although rather than expanding on any of the concepts, it retreads them. Team Plasma blathers on about liberating Pokemon again, only this time there's no moral debate whatsoever; you and everyone else know they're plain evil, and it feels like they're simply shouting into the wind. At no point does the plot reach the heights it did in Black/White, and it often feels like a postgame quest strung out over an entire adventure. For those who charged through the originals, there's an odd sense of inconsistency as the characters wonder about the existence of legendary dragon Kyurem, a Pokemon that you very likely already caught in the previous game. You can transfer or trade your Black/White team directly into Black 2 from very early on too, so it's entirely possible to defeat Kyurem with Kyurem, which is amusing in the context of the narrative.

There are plenty of functional additions, however, although none are particularly revolutionary. There's a neat minigame in which you get to star in movies, performing Pokemon battles to a script, and a Pokemon World Tournament that lets you compete in tiered championships against gym leaders and champions from all regions and past games. Again, the additions are little more than fan service, but they are nice inclusions nonetheless. There's also the ability to transfer your Black/White save into the game, which unlocks plot flashbacks and special events within Black 2. And for those who missed acquiring Zorua, that Pokemon now appears regularly in the game, as do legendaries from previous gens. Sadly, though, the Gen 5 Kami Trio (Tornadus, Thundurus, and Landorus) are absent and have to be acquired from Black/White.

Elsewhere, the music has been ably remixed, the battle menus have been slightly redesigned to make them more intuitive to access, and the C-Gear bottom screen is now much better looking and easier to read. There's also an adjustable difficulty level, accessible only after you become a champion, which is a pointless inclusion so late in the game. Perhaps the best change of all, though, is in regard to repels. Once you use a repel, when it runs out, the game asks you if you want to use another. It's a minor change in the grand scheme of things, but it's a welcome one when you're trekking through a cave of low-level Pokemon, which in this game happens a lot.

Beyond that, this is the same Pokemon you've played many times before. Black 2's biggest downfall is that, despite the tweaks, it's worse than the original Black/White. The plot's not as good, and will be largely meaningless to new players. The progression isn't as natural or as exciting this time around. The gyms are functional, instead of feeling like epic challenges. Black 2 is a game for those who have already played Black/White thoroughly and are after more, but there's a nagging sensation that it's all too soon and that it's pushing fans' goodwill to the limits.

When it comes down to it, though, Pokemon Black 2 is--well--Pokemon. It still has the same excellent battle system and the same charm; it's still chock-full of things to do; and there are still hundreds and hundreds of Pokemon to catch, train, and battle with. Plus, there's loads of postgame content and plenty of optional activities too. But there's no escaping the fact that the Pokemon formula is wearing thin now, and it's clearly time for a change. Black 2 tries to cash in on fans eager for more, and just highlights how derivative the franchise has become. 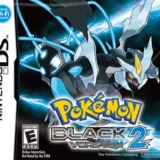 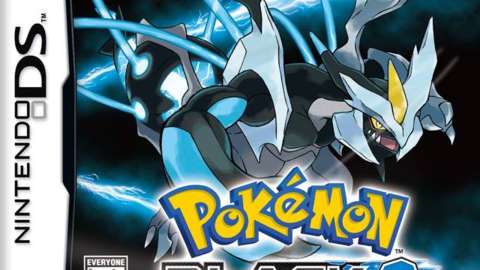