What’s done in the dark.

Imagine a Super FX chip version of Deus Ex: that’s Neon Struct whittled down to its essentials. If such a game had existed in 1993, we’d still be talking about it in the sort of reverent, hushed tones we’d use if we had been front-row center for Moses bringing two God-forged tablets down from a mountain. That Neon Struct still has enough going on to remain engaging in 2015 is a testament to the skill involved, but it simply can’t help but suffer under the weight of its own ambitions.

The set up is straightforward. You are Jillian Cleary, a woman of mystery who carries out espionage missions for the world’s most conspicuous spy agency against a backdrop of the neon cyberpunk future the 80s told us was coming. During the course of a mission, she discovers that the agency might be working as an illegal arm of whatever the future’s iteration of the Patriot Act looks like. People of interest the world over have been implanted with surveillance chips for the so-called “greater good.” Jillian is tossed in a cell for her silly belief in justice and clarity, but she breaks out and immediately goes to work to try and expose the truth.

Some heavy stuff goes on in Neon Struct storywise, which makes it all the more jarring that it’s executed in an aesthetic that's not that different from the original Star Fox. The soundtrack may be a decent enough mixture of Vangelis-lite synth tones and beats, but polygons are intentionally low-res, enemies and NPCs are faceless and voiceless, and although you’ll jetset back and forth across the country, environments always feature the same dark skies, sparse populations, and vague, looming, futuristic machinery. Instead of feeling like a final version, it feels like a pre-production build of a bigger cyberpunk adventure.

Stripping away the niceties of generations of graphical advancement is always a good road to take to get to the true heart of whether a game works or not. To wit, Neon Struct is functional as far as the most basic and fundamental stealth mechanics are concerned. There’s even a satisfying purity to it. You can run, jump, climb over obstacles within reason, and perform a silent, cool, Mirror’s Edge-like slide to slip into cover in a hurry. You have no weapons to speak of, though you do get a hacking tool, which allows you to bust open doors by playing a quick game of Breakout on whatever passes for an iPhone in this bright, shiny future. You also get a variety of stims, which give you a short but sweet special effect, like making your footsteps entirely silent or throwing a grenade that immediately teleports you to its location, Nightcrawler-style. A bar at the bottom of the screen shows you your visibility level, dropping to completely empty if you’re invisible, which can happen even if some guards saw you duck into a shady corner just 5 seconds ago. You can knock out guards and toss their bodies into the nearest convenient tidy pile somewhere, but the checklist at the end of each stage frowns upon such violence and offers higher grades to those who can get around without ever resorting to this direct approach.

I flunked every single time.

The do-no-harm approach can be done, and there’s plenty of challenge for folks who enjoy pacifist runs. The issue is that there are so few alternatives that don’t involve waiting out guards on a leisurely midnight stroll through an industrial complex or taking a nightstick to the face. Cold-cocking a guard is just sweet, instant relief. Not that the guards are terribly smart to begin with--they’re pretty quick to dispense nightstick justice. Even though you’re equally quick to crumple like a paper towel after taking two or three hits, it’s just as easy to watch them fumble around inches in front of your face and slip out of a hairy situation when they come stalking.

This is all perfectly well and good for a cheap-shot app offering quick doses of mindless stealth action on the go. The starting missions are simple sneak-in-sneak-out stealth runs, but Neon Struct has greater ambitions for its world. However, the sparse world building creates some gaping, disappointing holes. The better the story gets, the less the game built around it satisfies its needs. The earliest and best example is Jillian’s jailbreak. She’s just discovered a conspiracy that actually does go all the way to the top. When her grossly misogynistic boss has her tucked away in a detention facility until someone decides it’s neutralizing time, her field handler, an Indian gentleman by the name of Vinod, manages to bust in and hack her door open. This is all fine, but the very quality of the story betrays what you expect when she’s out. Most of the cells around her are empty, save one delusional prisoner. There’s a workout room for guards and a two-way glass room for visitations; otherwise, Jillian’s terrifying Guantanamo is a sterile, blocky hotel crawling with baton-wielding drones and the same three or four recycled textures. There are no indicators to be found besides the dots, question mark, and exclamation points placed over alerted guards, which helps with immersion but makes traversing the labyrinthine corridors a pain. That area’s one of the most frustrating moments in the game for the same reason. The one button allowing you to exit the facility is in a security room that you’d never really identify as a security room except that one tiny, inconspicuous switch is located on a ledge in a room you might entirely overlook.

The sterility might make sense for a government facility, but it makes less sense when the game drops you into big, well-known cities and everything is faceless, abstract, and completely missing a personality (besides the game’s default personality for everything, of course). A sequence on the next level has Jillian attempting to sneak into a medical facility to surgically remove the tracking device in her arm. You walk up to a bed, hit X, a spurt of red stuff hits the screen, and the objective is complete. Again, that’s all well and good for an art project or a proof-of-concept, but it’s not so great when we’re asked to engage with much bigger ideas and action.

It’s a double-edged sword, though. Can we really fault a developer for trying to give a very simple game more depth than necessary? It’s a tough call. Neon Struct has the right spirit behind it. It tries to be a rebellious, anti-government tale of capitalism and intelligence communities getting into bed with each other to the detriment of all, and that struggle is far easier to believe than many of gaming’s recent attempts to outdo William Gibson. But with the game-making tools at our disposal, that story should be told using as much fire and verve as can be mustered. Instead, it’s told here with a technical manual’s austerity. The story here acts as little more than the cellophane frames old-schoolers had to paste over their TVs to create a new background for the tiny lights that darted across the screen. Both do their jobs sufficiently, but we no longer have to simply dream of more. 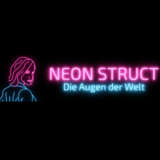 Justin Clark spent about 4 hours wandering the long halls and corridors of Neon Struct. Perhaps his biggest disappointment was not getting a twist ending where it’s revealed Jillian is actually a sentient mass of fluorescent lighting made only for non-lethal killing. 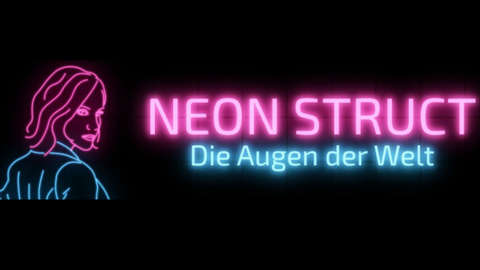 You are Jillian Cleary: an ex-spy on the run, framed for treason and hunted by your former agency. You must move in secret, survive off the grid, and find a way to clear your name. Old friends and new allies will lend their support; but with the eyes of the world upon you, who can you trust?