New content and a cheaper price make Remix the definitive version of Midnight Club 3, but there's not enough new for who already took the plunge last year.

The art of the video game special edition is one that's being honed more frequently these days. Recent special editions of games like Devil May Cry 3 and Metal Gear Solid 3 have created a lot of buzz among their assorted fan bases, as the developers rerelease the original games with new content--sometimes considerable amounts of new content. Midnight Club 3: DUB Edition doesn't seem like the most obvious choice to get the special edition treatment. But here we are, with Greatest Hits and Platinum Hits versions of the game on the PlayStation 2 and Xbox respectively, and this new version, dubbed Midnight Club 3: DUB Edition Remix, does add a considerable amount of new content, while simultaneously dropping the price into budget territory. If you never bothered with Midnight Club 3 when it first came out, then this is most certainly the one to get. But while Remix does pile a host of new vehicles, songs, and a new city onto the original game, it's not quite enough to entice those who already paid full price nearly a year ago.

We'll assume for the sake of brevity that you're already reasonably familiar with the basic ins and outs of Midnight Club 3; if you aren't, you should take a look at our full review of the original game before proceeding. Suffice it to say, everything that could be said about the original game applies in the Remix version. The gameplay, graphics, sound, and features set are all completely intact, and are really just as enjoyable as they were in the original. After all, with the exception perhaps of Need for Speed Most Wanted, there really hasn't been a better street racer released since Midnight Club 3's debut last April. Just bear in mind that if you had any complaints about the original game, you'll still have them about this version. Nothing's changed, including the game's relatively short list of flaws, especially the decidedly trial-and-error methodology of the game's races.

However, there is a fair amount more to do in this version of Midnight Club 3. In addition to the original game's three cities, the city of Tokyo has been added in a new mode, completely separate from the main career mode. Functionally, Tokyo operates very much the same as the other cities. You go around, competing against other racers and entering occasional tournaments so that you can build up your bankroll to buy and customize more cars. There's as much, if not more races to take on in Tokyo as there are in any of the other cities, so this mode does add considerable length to the already lengthy single-player game.

However, the city itself doesn't necessarily feel all that unique. Certainly, it's a different city with all-new shortcuts to find, but aesthetically it looks like it could practically be a copy-and-paste job from any of the other cities in the game, just with Japanese lettering on the various street signs. Everything just seems too wide open, making it seem like you're racing through something more like Los Angeles than Tokyo's narrow streets. Still, thematic complaints aside, the races are still quite a bit of fun, and again, there's a seemingly endless array of them to compete in. Not to mention that, like the rendition of Tokyo found in Midnight Club II, this one is considerably more challenging than most of the other races in the other cities. So be prepared for some tough going through the streets of Tokyo.

The rest of the additions to Remix's package consist of cars and songs. There are 24 new vehicles to drive over the already wide variety of cars found in the original. Some of the highlights include the Scion TC, the Pagani Zonda C-12 S, the Mercedes CLS55 AMG, the 1998 Diablo Lamborghini, and the Ducati Paul Smart 1000. As you would expect, these new vehicles look just as great as all the other cars in the game, and they're all fully customizable. As to the soundtrack, 25 new tunes are included, all from the same genre list found in the original game. These include tracks by Bloc Party, Stereophonics, The Game, Plump DJs, Nine Black Alps, Sean Paul, and that damned Lady Sovereign song that's been on the radio nonstop lately.

So what it comes down to with Midnight Club 3: DUB Edition Remix is that at $20, this is an insanely good deal for anybody who didn't pick up this game previously. The career mode and Tokyo challenge mode will easily take you well upwards of 20 hours to get through, and then there are still the online modes to jump into after you're done with all of that. However, if you bought Midnight Club 3 previously, the new cars, songs, and city will certainly be nice to have--but it's tough to really recommend a second purchase just for that stuff, since none of those things really change the game in any specific way, nor do they exactly make it feel fresh or new again. DUB Edition Remix is ultimately a great street racer any way you look at it; just take the time to consider whether or not it's great enough to buy twice if you've already spent the money on it before. 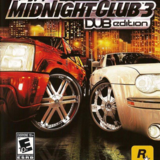