The first Mega Man Legacy Collection was a fine if somewhat threadbare greatest hits set, assembling the first six NES Mega Man titles together in a tidy package. If that first collection was side A, showcasing the series' early, rough-and-tumble work (the original Mega Man, specifically) Mega Man Legacy Collection 2 is the weird, obscure side B full of deep cuts: Mega Man 7, 8, 9, and 10. None of these manage to hit the soaring heights of the series at its best, but years after their original releases and unshackled from initial expectations, all four games are capable of a few pleasant surprises.

Mega Man 7 in particular is a strange case, as the first numbered Mega Man game to hit after the X series took off. What it does, to be specific, is make 8-bit Mega Man game of our dreams in 16-bit fashion; a delightful fusion of old and new. The boss concepts aren't the strongest--not really this specific game's fault, as those standards started to slip somewhere around Mega Man 5--but they get the job done and keep you on your toes, especially when they fire alternative attacks after you've exploited their primary weaknesses. By and large, however, it’s the most accessible of the four titles in the Collection--a softer and playfully inviting game full of big, bright characters, and a far more forgiving set of levels than the rest of the series.

The same cannot be said for the Collection's one sour note, the port of the PlayStation version of Mega Man 8. The series' uptick to 32-bit consoles shows through in the game's bright colors and expressive animations, which at least compare favorably to more modern examples of the “playable cartoon." Of course, Mega Man 8 is also notorious for its actual cartoon cutscenes, which feature some of the worst voice acting this side of “Jill sandwich”. As exciting as the prospect of a Mega Man game with full voice acting and anime interstitials sounds, Mega Man 8 doesn’t do that idea justice.

By and large, Mega Man 8 is serviceable when it sticks to the series' run-n-gun basics, but the game tries (and fails) to push the envelope on a few stages, introducing Battletoads-like hoverboard challenges, and a Moebius strip labyrinth puzzle, both of which create profound aggravation. Equally annoying is the fact that items you can purchase to augment Mega Man's abilities--which cost a lot of the rare Bolt currency--aren't properly described, leading experimental and ultimately regrettable purchases. Mega Man 8 proves to be frustrating in ways that are unique for the typically straightforward series.

Mega Man 9 and 10 are, of course, the nostalgia tour, bringing the series back to its 8-bit roots. Capcom leaned into the retro wave hard back in 2008 and 2010, going as far to lampoon their own terrible NES game covers, but mostly dragging players kicking and screaming back to series' hard-as-nails roots. Gone are the Mega Buster (charge shot) and slide maneuver.

Mega Man 9 is often brutally unforgiving, with a perplexing over-reliance on spike obstacles and cramped corners full of constantly respawning enemies. It’s a game of “gotcha!” traps, a style of level design that doesn’t necessarily ask for expert platforming or aiming so much as it presents multiple ongoing trial and error scenarios. Forcing yourself into harm's way to discover what will kill you and how to avoid it isn't as rewarding as simply using the tools you have to overcome clearly presented challenges.

Mega Man 10 is somewhat better in that sense. There’s an easy mode, which provides safety nets for many of the game’s greatest hazards. There’s also added variety, in the form of being able to play as Proto Man--Mega Man's older brother--right from the start, which at least makes the second time around in a stage feel fresh. However, Mega Man 10 is the first and loudest example of the bottom of the barrel being scraped, creatively. While some ideas are being repeated, there are others that are unusually odd, even for Mega Man. There's no greater example than Sheep Man, a sheep robot who fights by building up static electricity that he fires through his wool in a stage set in cyberspace.

Compared to their immediate predecessor, however, there are far more stretches of Mega Man 9 and 10 that flow with the old familiar magic, beckoning you to mind your surroundings, hone your reflexes, and hold your breath while taking the risks. The two deliver on their back-to-basics promises, just with the occasional off-kilter moment.

Beyond these four games, Mega Man Legacy Collection 2 is left with a slew of mini challenges, remixed stages, artwork, and the ability to practice against bosses anytime you wish. These are valuable additions, but like the first Legacy Collection, these extras fall short of previous Mega Man compilations. It's hard not to look rather wistfully back on the abundance of riches Capcom bestowed on players with the Anniversary Collection on PS2 and Gamecube, which included Mega Man 1-8, in-game hints for the first six, a remixed soundtrack for the NES titles in the PS2 version, plus the two obscure Mega Man arcade titles and interviews with developers.

What is present in this collection ends up feeling like a disjointed ride through the latter half of Mega Man's history, an area with plenty of lessons to learn, but not always ones you're meant to enjoy. Seen as half of a whole, with the first Mega Man Legacy Collection, however, and you do have something resembling a fascinating compendium of games, albeit with a lot more to skip out on in its second half.

View Comments (33)
Back To Top
6
Fair
About GameSpot Reviews 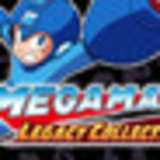 Justin Clark played through all four titles in the collection with copy of the game provided by Capcom, and has not stopped imitating Elmer Fudd Dr. Light from Mega Man 8 ever since. Please, for the love of God, help him. 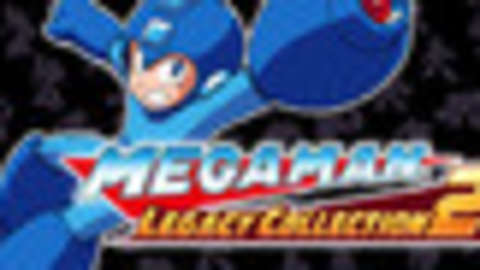