When the credits rolled on Mario Tennis Aces' Adventure Mode, I vowed to never again laugh at a tennis player having an ugly meltdown on the court. I had felt the volcanic surge of adrenaline that comes when a rally has gone too long. I knew the sense of high alert while trying to suss out which corner of the court an opponent is going to attack next. I have spliced and invented new curse words to mutter when a ball goes out of bounds. Off-beat stages and creative use of characters from the Marioverse ensure that you'll never lose sight of simply having fun, but don't let the adorable exterior trick you; Aces takes its unorthodox tennis very seriously.

Mario Tennis' renewed vigor is driven by a suite of new mechanics that force you to make pivotal risk-reward decisions. Special shots are now tied to a meter that fills a little with every shot fired back at your opponent, more so if you're able to charge your swing ahead of time. Once the Energy Meter is at least a third full, a ball landing on your side of the court will be forecast by a glowing star. Initiating a special swing while on a star activates a first-person view that lets you aim a powerful Zone Shot.

And when the Meter is completely full, you can unleash your character's Special Shot. While Specials don't unleash the cavalcade of effects they did in Wii U's Mario Tennis: Ultra Smash, they do fire a lightning-fast ball that requires exacting maneuvers to return without incurring any harm to your racket--destroy your collection of rackets during a match, and you lose.

Holding the R button slows down time at the cost of meter, allowing you to stroll over and hit hard-to-reach shots or gain a slight advantage when returning racket-breaking balls. Alternatively, a new dodge mechanic called Trick Shot allows you to tilt the right stick in the direction of an incoming shot and, if timed right, leap across the court and smack it away at high speed. You can get away with basic shots during simple matches, but in advanced matches the exchange of powered-up strikes feels like a breathless symphony that requires you to be at the top of your game and on top of your options.

Even veterans of the series have a little bit of a learning curve to overcome, but Aces' Adventure Mode does a good job of both entertaining you and teaching you how and when to use your new tools. The story itself is ridiculous, but ridiculous in that very specific, quirky way Nintendo has been getting away with for decades. During the Mushroom Kingdom's annual tennis tournament, an evil tennis racket--yes, really--named Lucien takes possession of Luigi and flies off to find five Power Stones that will help him take over the world.

Instead of settling for a revolving door of opponents along the way, you're challenged to utilize Ace's new mechanics in a range of unusual scenarios. An average stage might simply challenge you to keep a rally going for a certain length of time, but bosses and puzzle stages require a greater level of ingenuity. You have to figure out how to disable protective barriers, earning enough energy to perform a Zone Shot, and aim at the right part of the court to inflict damage. Bosses also initiate hurdling challenges mid-match that reward precise use of your leaping Trick Shot. Adventure Mode mixes up your objectives from one stage to the next to ensure you're never simply going through the motions to progress.

Mario Tennis Aces does what this series has done best, and improves what it's rarely gotten right prior.

Aces is more difficult and devious than you might expect, especially in the latter half of Adventure Mode. Though not required, grinding through matches can improve your chances on the court. Win or lose, you earn experience points for every match played, allowing you to improve Mario's speed, power, and agility over time. But no matter how much XP you earn, the only way to make it to the end of Aces' campaign is to master its unique tennis mechanics. Those who persevere will find themselves better equipped and prepared to face anything the other modes have to offer than ever before.

Outside of Adventure Mode, you'll find a rather plain assortment of activities: a bracket-based tournament mode, exhibition matches against the computer or another friend, online modes, and the ability to play doubles matches, which can turn into downright anarchy before you know it. One surprising misstep in the package is Swing Mode, where players can swing Joy-Cons like proper tennis rackets, similar to Wii Sports Tennis. At first it seems odd that this control scheme is isolated to a specific mode, but within a minute or two, it's obvious why: playing with Joy-Cons feels too imprecise, and even just executing a simple backhand was a twitchy comedy of errors. It's too bad that the motion controls seem to fall apart so easily, but considering that, it's probably best that the option is siloed away.

Odds are most players will spend the majority of their time in the long run playing Aces online, an experience that can be pretty hit or miss depending on how you're matched up. The lack of stat-tracking means that you have no way to visually gauge how skilled your opponent may be prior to accepting a match, and as such lopsided matches are commonplace. Casual players do have the option of limiting matches to "Simple" gameplay, which removes special mechanics and hazard-type stages from the mix. Even without the exhilaration of the special shots, there’s something relaxing about occasionally fooling around with the no-frills version of Mario Tennis.

However, even this approach winds up feeling flawed due to the lack of options that are freely configurable for local multiplayer matches, including the number of rackets per player, the type of stages you play on, and the duration of a battle. Online Free Play matches are also locked into Tiebreaker rules for points instead of full blown sets, which goes a little too far in whittling back the game’s depth.

Tournament Mode is even more limiting, doing away with the option to play using Simple rules. There also isn’t any incentive for success, no rewards waiting at the end of the brutal five-match gauntlet, and frankly, people who persevere deserve something. That may change in the coming months, with multiple character slots marked as being reserved for participating in tournaments every month, but as of the time of this writing, even that comes off as the smallest token.

It speaks volumes that even the multiplayer limitations don't entirely dampen my enthusiasm for Aces. The Tetris Effect is in full swing here; days after the credits rolled, I still crave the satisfying thwack from a Power Shot, mentally replay matches and imagine how I might do things differently given a bit more focus and know-how. Mario Tennis Aces does what this series has done best, and for the most part, improves what it's rarely gotten right prior.

View Comments (65)
Back To Top
7
Good
About GameSpot Reviews 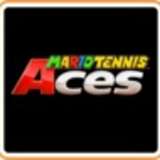 Justin Clark completed Adventure Mode after four days of fire, fury, and perseverance. He dreams of a perfect world where all threats can be neutralized through the power of tennis. A review code was provided by Nintendo.