Much like NASCAR, IndyCar racing has steadily grown in popularity over the years, and Codemasters has attempted to capitalize on that popularity with IndyCar Series. Fortunately, the game is successful in capturing the essence of the sport, with its emphasis on strategic driving and having steady nerves when racing in the pack, but it's not an entirely realistic re-creation of the sport--newcomers can almost immediately jump right into the game's hardest difficulty setting and compete reasonably well. In addition, the modes available in IndyCar Series are all pretty shallow, which not only detracts from the overall experience, but also significantly reduces its replay value.

IndyCar Series essentially offers five different modes of play--quick race, IndyCar Series, Indianapolis 500, masterclass, and multiplayer. The IndyCar Series lets you participate in a full season (15 races) of IndyCar racing where you can work up through the ranks over the course of the season by performing well in races. The Indianapolis 500 option lets you jump right into IndyCar's most prestigious racing event, but unlike with most of the other races in the game, you actually have to qualify in order to compete. If you crash on the higher skill settings, then you will automatically be disqualified and have to start the qualification process all over again. However, if the game is set on the easy skill level, then it's possible to continue your run regardless of what happens out on the track. The masterclass option essentially functions as IndyCar Series' tutorial. IndyCar driver Eddie Cheever Jr. takes you through the ins and outs of IndyCar racing, so you'll learn about everything from basic car controls and rules of the sport to downforce and drafting. This mode will prove to be particularly interesting to fans of the sport or those who are at least curious about how much skill is involved in driving around an oval at over 200mph. This mode would be more rewarding and worth going through if the higher difficulty settings were drastically different from the easy setting.

That's not to say that there's no difference between these settings. The easy skill level basically ignores every rule of IndyCar racing and gives you unlimited fuel and no tire wear. The normal skill level has some damage modeling and race rules, but again, there's no fuel consumption or tire wear. The pro skill level uses all of the rules, fuel consumption, tire wear, and a full damage model, and while all of these things affect race strategy (such as when you decide to pit, how much fuel you want, and which parts of the car you want to fix), none of them drastically change the core control mechanics of the game, which is disappointing since this game is supposed to be a simulation.

To its credit, some of the simulation aspects of IndyCar Series start to kick in when you're playing the game on pro and attempting to place first in every race. In order to accomplish such a feat, you need to have a basic knowledge of how modifications to your car will affect race performance. For example, increasing downforce will give you more traction on turns, but it will decrease your overall speed on straightaways. Therefore, added downforce is beneficial for tracks that don't have long straightaways. A small icon at the bottom of the screen will give you an indication of tire wear and whether your tires are burning evenly--if they're not, then you'll start to feel some slipping while controlling your car, but the effect isn't nearly as prevalent as it probably should be. By doing a test lap around the track before the race, you'll discover how your tires will wear down over the course of the race and be able to adjust the pressure accordingly so they don't melt quite as fast. It all seems really technical at first, but again, these things won't necessarily have a huge impact on the way you race.

Both versions of the game look solid (albeit a little bland), but the Xbox version of the game handily outperforms its PlayStation 2 counterpart. The lighting effects in the Xbox version of the game are much more prevalent, and there are some minor details on the cars that are clearly visible in the Xbox game but are not quite as distinguishable in the PlayStation 2 version. But most importantly, the frame rate in the Xbox version of IndyCar Series is much higher and tends to be steadier than the frame rate in the PlayStation 2 version, which is lower and tends to stutter a little when there are several cars on the screen at once. All of the tracks in the game are faithful re-creations of their real-life counterparts, even down to the different racing surfaces, such as the cement surface at the Nashville Super Speedway, so fans should be able to identify their favorite tracks almost immediately. The crowds and some of the secondary detail around the track look decent, but there's nothing that will jump out and catch your eye.

The audio in the game is equally decent, with the buzz of the IndyCar engine clearly ringing through the speakers. Interestingly, there's a soundtrack in the game made up mostly of some hard-rock-style tunes that complement the fast-paced racing action, but for the most part, it's better to play the game with the soundtrack off so that you can clearly hear your spotter tell you when it's time to pit or if there's some sort of trouble out on the track.

IndyCar Series is a game that will appeal to fans of the sport who aren't looking for a strict simulation, but the lack of depth to the modes will only make it worth a rental for most. In addition, the fact that the simulation aspects of the game seem to be toned down affects the replay value, since there really isn't any significant incentive to learn how to drive like a champion. The multiplayer mode, which supports up to four players in the Xbox version and only two in the PlayStation 2 version, adds a little extra fun, but nothing that would warrant a full purchase. 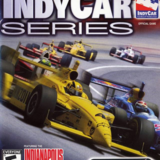 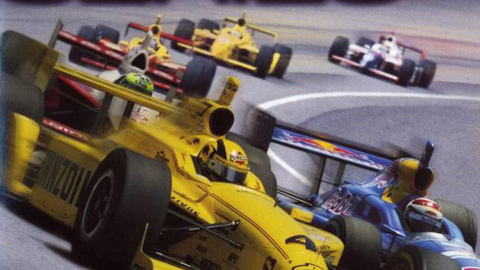