Our house, in the middle of our street.

Imagine you're a small child in a quiet suburb, playing in the street on an idyllic afternoon. Suddenly, there's a terrible shrieking from your neighbor's house across the road. You run over and peek in the neighbor's window just in time to see him barricading the basement door. What is he hiding down there? A prisoner? A nightmarish genetic abomination? Hello Neighbor has answers to that question, but not only is getting to those answers an enormously frustrating experience, but the answers themselves aren't worth the effort.

Hello Neighbor is based around a stellar idea: In the game's first act, you are that aforementioned child, who has taken it upon himself to sneak into his neighbor's house any way he can and get into the basement. The neighbor--a gruff gentleman with an all-time great mustache--doesn't take kindly to intrusions, though, and each time the child gets caught trying to sneak in, the neighbor sets new traps, locks doors, and patrols that area more often. Conceptually, it's a promising twist on the usual neck-snapping military shenanigans of the average stealth game. The aesthetics are also a bit unusual, with a sort of warped 1950s retro design to everything that truly stands out. Unfortunately, that's where the coolness ends.

In practice, even with the game spending significant time in Early Access, it feels unfinished at launch. While it's commendable that there's so much leeway in how you can approach the neighbor's house, Hello Neighbor tips the balance from player freedom to player neglect. The controls are bizarrely unintuitive, with an unusual and confusing button layout that can't be remapped. But the further you progress in the house, the more convoluted the neighbor's security system turns out to be.

Hello Neighbor hearkens back to the dark ages of point-and-click adventure games in terms of nonsensical solutions to simple problems. A complex magnet device, which you use to activate switches from afar in a couple of puzzles, is lying around in a place obvious enough to stumble on it by accident. Meanwhile, for some reason, something as useful as a simple wrench is lying in the neighbor's fridge, where you would never think to look. All the while, the game itself offers zero insight into what a given item can or cannot be used for, with many items' functions flying in the face of basic reason.

The game's complete disregard for logic or consistency shows itself when the neighbor is factored in as well. Left to his own devices, he just wanders his home aimlessly, with no discernible pattern. However, no matter how softly you sneak around, no matter how carefully you evade, the neighbor's ability to hear, see, and find you seems to be wholly unaffected by anything you do. In one of my earliest playthroughs, I had managed to sneak up behind the guy, trying to see if I could pick his pockets, and he never moved. Later, I was two rooms away from him, having snuck into an open window, and somehow, he went on high alert and found me. That level of unpredictability works when it's a xenomorph in Alien Isolation, but not when it's a guy dressed like Ned Flanders. The sole blessing here is that getting caught, despite being an experience entirely without tension since all the guy does is get up in your face, immediately drops you back at your house, typically with any items you've picked up along the way still in your inventory.

Eventually, with saint-like patience and persistence, you can grab the key to get to the basement. The game gets surreal from here, but with little payoff. Hello Neighbor limps into a second act, involving you as a full-grown adult moving back into your childhood home, while hinting at surprising revelations. Even then, that idea is executed in such a threadbare, half-baked, interpretive way that it doesn't land with any sort of impact. Act 2 and the wholly offbeat finale are at least easier to navigate than the rest of the game, but even that just ends up exposing just how little there is to grapple with after the fact.

Hello Neighbor is a game you persevere in due to sheer luck rather than any sort of actual skill, foresight, or cleverness. There's no catharsis, insight, or revelations waiting at the end of the ordeal, just a sort of uneasy malaise over what the images and environments near the end are meant to represent. As such, a simple, appealing concept is rendered inert. There's a wonderful game to be mined out of what Hello Neighbor wants to be, but there's nothing to be gained from experiencing what it currently is.

View Comments (105)
Back To Top
3
Bad
About GameSpot Reviews 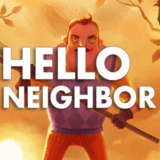 Justin Clark spent seven hours with Hello Neighbor, in both its Early Access and post-release versions. A code was provided by the publisher. 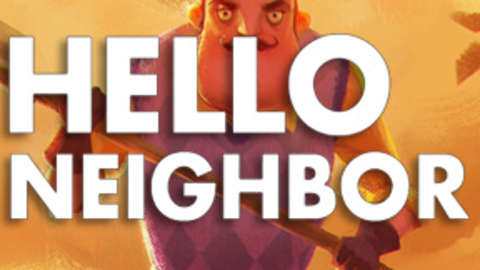 Hello Neighbor is a stealth-horror game about breaking into your neighbor’s house.