Ghost of Sparta offers stunning environments and brutal combat, but a few issues get in Kratos' way.

The word "epic" gets thrown around an awful lot, but it's rare that a portable game is worthy of such a lofty distinction. God of War: Ghost of Sparta doesn't let the diminutive hardware it resides on get in the way of delivering the breathtaking sense of scale for which the series is known. Incredible visuals ensure the mythical locations you venture to continually amaze with their strong sense of place and varied artistic design. And sharp controls push Kratos' unrelenting rage to the forefront so you can focus on tearing the minions who dare oppose you limb from bloody limb. Ghost of Sparta is an impressive technical achievement that is almost indistinguishable from its PlayStation 2 brothers, but that authenticity comes with a few drawbacks. The chaotic action makes it easy to lose Kratos on the PSP's small screen, and some of the controls are uncomfortable enough to cause aggravation. But aside from a few awkward moments, Ghost of Sparta is another great entry in the respected series that does justice to Kratos' deadly exploits.

Kratos' bond to his family has been the underlying theme that connects every game in the God of War series together. In Ghost of Sparta, Kratos' ultimate goal is to discover the fate of his brother who was forcibly separated from him when they were both still children. The adventure takes place between the first two games in the series, and it does a fine job of fleshing out his painful backstory while furthering the notion that Kratos must exact revenge on the gods. There are a few clever sequences in which the story and gameplay are intertwined, and these prove to be the most powerful moments in the game. Kratos is more complex than his angry facade would lead you to believe, and being able to see how he relates to his blood relatives goes a long way toward making this god slayer feel like a normal man with a few larger-than-life problems.

The slowly developing story does a good job of pushing you through this thrilling adventure, but it's the outstanding visuals that provide the wow factor. This is a stunning-looking game. Clever camera work smoothly transitions between tight close-ups and sweeping panoramas, and exacting details ensure that every view comes with its own visual delights. The technical range is particularly impressive because the game floods the screen with enemies and special effects without skipping a beat, and the artistic flourishes give every creature a unique personality and each location a different feel. Unfortunately, because the screen is so small, it can be difficult to locate the pint-sized Kratos during certain sequences where you must battle a horde of enemies while the camera is pulled way back. It's a small price to pay for such an amazing-looking game, but it does lessen the impact when you can't see what you're doing.

The brutal combat continues the trend of shrinking the console experience down to the portable world. Belting out combos that stretch well into the dozens is a snap, thanks to razor-sharp controls that make it a savage joy to rip your enemies to shreds. The assortment of magical attacks and weapons that you unlock during the course of your journey may not veer far from previous games in the series, but they do provide enough variety to ensure you're engaged the entire time. Rolling out of the way of an impending attack is fast and responsive, but parrying deadly blows is slightly tougher. The combination of a zoomed-out camera and a small screen makes it tricky to time your block against certain enemies, and though the game is easy enough on the default difficulty to avoid frustration, it's still annoying. More aggravating is the reliance on rapidly tapping the shoulder buttons to escape certain attacks. This is clunky at best and downright painful at worst, and it could have been avoided if tapping the face buttons were the option instead. Despite a few stumbles, the controls are generally smooth and responsive, making it a visceral delight to battle the minions in your path.

In between your binges of unrepentant bloodshed are cerebral puzzles that let you rest your muscles for a second and get your cognitive skills firing. These thoughtful breaks are expertly interwoven with the brutal combat, giving you a chance to catch your breath for a few minutes before you're back to slicing off heads once more. The puzzles often rely on tasks from the previous games, so you once again have to make clever use of dead bodies as in God of War: Chains of Olympus and punt dogs into specific objects as Kratos did in God of War III, but that doesn't hinder the fun of figuring out what needs to be done to proceed. The puzzles find a good middle ground between painfully obvious and maddeningly obtuse, so you still feel empowered when you solve a tricky conundrum and don't have to worry about being stranded in the same spot because it's way too challenging. The one flaw pertains, once again, to the zoomed-out camera and small screen. You often have to interact with a specific object to move on, and it can be tough to see what needs to be done when it's just a few pixels high. But, for the most part, the puzzles are a great respite from the hectic action.

Boss fights are the one area where Ghost of Sparta falters. You square off against a number of murderous monsters, and finishing them off in style is certainly exciting. But the fights are ultimately forgettable for a number of reasons. First, they are exceptionally easy. A seasoned God of War player should be able to breeze through every one of these encounters without any problems, and it's not exactly thrilling to topple a giant pushover. Second, they borrow so heavily from previous games in the series that they don't have an identity of their own. This is true for the vast majority of the game, whether it's the boss fights, puzzles, visual design, or combat, and it's not until the end that Sparta becomes its own beast. The entire last level, and especially the boss, is when Sparta finally separates itself from the games that came before it.

The biggest problem with Ghost of Sparta is that it tries so hard to mirror previous entries in the series that it doesn't have its own identity. This hinders the gameplay occasionally because a feeling of deja vu permeates all of your actions, and the PSP just can't match its console peers. But when Sparta's biggest problem is that it's too close to the excellent games that came before it, that's not a huge setback. This is not only an amazing-looking game, but it's incredibly fun as well. Slicing mischievous minions in a variety of stunning locales is an exhilarating experience, and because the adventure stretches on for more than 10 hours, you can lose yourself in this fantastical land for quite a while. Ghost of Sparta is a gorgeous and satisfying adventure that will keep you glued to the screen until the very end. 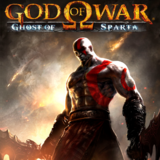 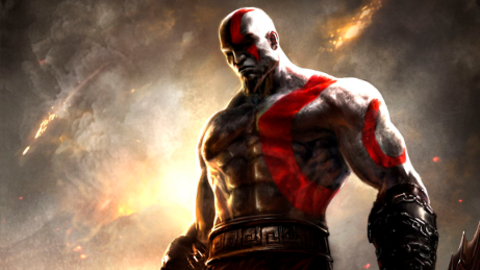 God of War: Ghost of Sparta

Set in the realm of Greek mythology, God of War: Ghost of Sparta is a single-player game that allows players to take on the powerful role of Spartan warrior Kratos.

8.9
Sign In to rate God of War: Ghost of Sparta