Just as Final Fantasy Tactics did nearly 10 years ago, Revenant Wings successfully takes the series into uncharted waters in an unforgettable way.

The Final Fantasy franchise had never been one to hold continuity close to heart. Until recently, it used to forsake the idea of direct sequels and instead focus on creating entirely new universes that share similar themes, names, and icons. However, the world of Ivalice has been one visited several times, and with Final Fantasy XII: Revenant Wings, we return once again to follow the adventures of Vaan and his friends in the skies above. Their latest adventure is--in a drastic departure from the norm--an RTS game that manages to successfully blend the potent storytelling and signature style of Final Fantasy with the lightning-quick action of Command & Conquer, and the result is one of the more unique and memorable outings in the series' history.

One year after the war with the Archadian Empire, Vaan has fulfilled his dream of becoming a sky pirate and flies through the heavens in a ship of his own with Penelo as his trusted navigator. When he and his friends Fran and Balthier uncover a treasure known as the Cache of Glabados, the legendary sky continent of Lemurés is unveiled, and it's up to them to protect the winged inhabitants of that floating world from the sinister Judge of Wings and her illusionary armies. Along your journey you will encounter friends and enemies both old and new, and experience an adventure that becomes surprisingly introspective and questions what it means to truly be alive.

Revenant Wings is divided up into 10 chapters, each of which consists of roughly five missions. Each mission will provide more detail on the deep and engrossing story with both in-game and prerendered cutscenes, and between them you'll be free to travel across Lemurés and beyond in an airship of your own christening that serves as your base of operations. You'll be able to take side quests from Tomaj and his notice board, engage in skirmishes with local fauna or other sky pirates, craft new weapons from materials gathered in your journeys, and look at trophies earned through battle. You will also be able to spend crystals called auricite that you earn through missions to forge pacts with summoned monsters known as espers. Though your main characters will take to the battlefield themselves, your espers will make up the bulk of your combat forces, so it's important to forge as many pacts with as many types of espers as you can to bolster your army.

At the beginning of a battle you are given your mission goals, which can vary from defeating all enemies, to sneaking to a specific spot, and more. At that point you're presented with the chance to analyze your enemy's strengths and weaknesses and tailor your army accordingly. Characters and espers are classified as ranged, melee, and flying units, each of which is part of a rock-paper-scissors relationship. These relationships, along with elemental resistances and weaknesses, are vitally important to pay attention to when selecting which party members and espers you will use, given that you can only field up to five characters and summon from a troupe of up to five types of espers.

When combat begins, your selected characters will each become the leader of a group of espers. Though Revenant Wings is an RTS, there is no resource gathering or management to speak of, and as long as you have control of a summoning gate, you can call forth new espers which are added to existing groups and makes unit organization a snap. However, enemy leaders can also summon espers in this way, and you'll have to work diligently to capture their summoning gates to help you control the flow of battle. Combat is extremely fast-paced, and as such it's important to make sure that your ranks are constantly refilled if the need to do so arises.

Beyond their normal attacks, espers have special abilities that are automatically used whenever they come available. Your characters themselves will learn a slew of their own as they gain levels, one of which can be assigned at any time to be their gambit, which shifts it into automatic use in the same manner as the espers. Each character will also learn a super ability called a quickening that can be used to turn the tide of a battle. Micromanaging in Revenant Wings is essentially reduced to keeping track of which character abilities and quickenings are ready and making sure that they're effectively used. This streamlines combat and makes it much more action-oriented, while keeping it easily accessible to those not well-versed in the RTS genre.

Control during battle is handled using a simple and intuitive combination of touch-screen use and button presses. The top screen displays a map of the entire area for quick reference of the positions of both your units and your enemy's, and the bottom screen is a close-up view of the action shown from an overhead isometric view. Leader portraits, which indicate the status of a particular character and his or her grouped espers, can be tapped to select the entire group. Individual units can be selected by tapping them, and you can also tap the screen and drag across to select a large group of units. You can then use a single tap to order those selected units to move to a specific location or to attack an enemy unit. Tapping and holding down the stylus will let you move the screen around, or you can use the directional pad to do the same thing.

Graphically speaking, Revenant Wings is one of the most impressive-looking games on the DS, and the prerendered cutscenes that play at times are of the same level of quality that one has come to expect from Square Enix. The assorted locales you will travel to are vivid and lively, and the unit sprites, however small, are highly detailed and expressively animated. For the most part, battlefields are designed to complement the fixed isometric camera, but there are times, however rare, that units or monsters may be concealed behind tall environmental objects, though this is a minor complaint. Likewise, there is some graphical slowdown when massive groups of units gather onscreen and enter combat, but not so much that it becomes even remotely unplayable.

Fans of the music of Final Fantasy XII will feel immediately at home with the soundtrack of Revenant Wings because the style is completely identical. In fact, many of the songs, such as the theme of the Rabanastre Lowtown, are straight-up ported across. This sense of familiarity that fans of other Final Fantasy games will feel is not limited to the music, either. There are many other throwbacks to older games in the series, such as the return of Namingway, and all in all, fans will be pleased with the game's self-referential nature.

Ultimately, Final Fantasy XII: Revenant Wings successfully takes the role-playing game flair and style that the franchise is known for into the RTS realm. With an excellent combination of game design and control-scheme implementation, the fast-paced battle system is easy to keep up with and difficult enough to challenge you for roughly 25 hours, not including all the extra time you could put into completing side quests, forging pacts with espers, and earning all of the trophies. Revenant Wings is easily one of the better games on the Nintendo DS, and whether or not you're a fan of Final Fantasy games or the RTS genre in general, it's a worthy purchase if you're looking for a fun and entertaining experience. 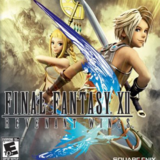