A rash challenge from Per Mertesacker sees my Arsenal side concede a last-minute penalty. Bitter rivals Manchester United have one final chance to draw the game, and who else but Robin Van Persie steps up to take it. A television camera zooms in to watch him place the ball on the spot, while Arsenal's goalkeeper stands steadfast on his line. But he's not alone. Behind him a wall of red and white shirts take to their feet as the walls of the Emirates Stadium shake to the boos of 50,000 vengeful Gooners. This raw, angry tension is something I've never experienced in a football game before, but in a swipe of a boot, it's over, replaced by a cacophonous roar as Szczesny dives to his right and palms the ball away to safety. When the final whistle blows a moment later, I can barely hear it over the screaming torrent of fans. I recently left London after four years of attending Arsenal games. For a brief moment, I was back.

While the next-gen versions of FIFA 14 retain most of the features of their current-generation siblings, the gulf in technology is immediately apparent once the teams take to the pitch. Dozens of subtle additions to the way players and fans react to each other make it a much more authentic experience. For instance, whenever a ball goes out of play, players and ball boys scurry to fetch it. Every now and again a second ball is accidentally thrown onto the pitch and must be returned before the referee will allow play to continue. The gormless doppelgangers that littered the stands in previous games have been replaced with detailed and varied fans that sway to the beat of the on-pitch action. Supporters at local derbies become embroiled in bitter chanting battles, and cup game underdogs shriek for the full time whistle. Stadium seats may lie empty if the opposition isn't worth the ticket price, while away team goals will silence any cheering home fans. This isn't the first time a football game has attempted to capture the magic of the stadium experience, but FIFA 14 for the PlayStation 4 and Xbox One is the first where I've genuinely felt the presence of a 12th man.

The 11 on the pitch have been given new life, too. Though the game controls similarly to the Xbox 360 and PlayStation 3 versions, there's a noticeable increase in the variety of animations and fluidity of motion. The entire experience is a lot less mechanical. The ball no longer sticks to your feet, so jostling for control and shielding possession are far more interesting. This freedom of movement also allows you to intercept passes and put pressure on individual players more effectively, so changes in possession occur more often. An interesting by-product of this increased jostling is that referees are more lenient. The familiar whistle blows after blocking off players or roughing them out of possession aren't here. And though sometimes it can seem the referees have thrown away the rulebook, the pace of the match benefits overall. While past games in the series have more accurately mimicked the offensive back-and-forth of a game of basketball, possession in FIFA 14 is a lot less predictable.

The PlayStation 4 version of FIFA 14 comes with a multitude of other improvements. Impressively fast load times mean you barely have enough time to complete the loading screen skill games. The increase in resolution and graphical fidelity is apparent throughout. Better detail allows you to notice player balance and ball spin like never before, while jerseys ruffle and grass clippings are kicked up when players strike at goal. You can also press in the DualShock 4's touchpad, or the Xbox One's back button to switch control to the goalkeeper. It's not a very useful addition, but at the very least, it serves as an alternative to hammering Y to rush the goalie out in one-on-one situations.

Whether you're scoring in front of a screaming Kop or eking out an unlikely cup victory, FIFA 14 produces special moments that will live in your memory.

Off the pitch, FIFA 14 has a variety of modes which will be familiar to anyone who has played the series recently, but sadly, several of them have not made the cut between console generations. You can still play friendlies or take control of an individual player in Be a Pro. Career mode lets you manage a variety of teams or start a career as a player. Ultimate Team returns for fans of building their very own fantasy sides. Skill games and the practise mode are back, Pro Clubs allows you to create an online team with friends, and single-player or co-op seasons are available via Seasons mode.

However, there are some disappointing omissions. Tournament mode is nowhere to be seen, which means the many leagues and cups that make up world football are not playable independently. So if you want to enter the World Cup, take your team to the top of the Premier League, or compete in the Copa del Rey, your only choice is to invest hours into Career mode.

Latin American soccer fans will be disappointed to hear that Mario Kempes and Fernando Palomo's commentary is not in the next-gen version either. Unranked online friendlies have also been taken out, as has the ability to allow guests to play online with you. All in all, this means the local co-op play experience has been rather handicapped. It's a disappointing blot on an otherwise outstanding product.

Regardless, this is the quintessential version of FIFA 14. It brings a level of authenticity never before seen in the genre and sets new standards for player control and stadium atmosphere. Too often have we seen football games flounder in the transition to new consoles, but FIFA 14 for the PlayStation 4 and Xbox One is a step above it's peers. Whether you're scoring in front of a screaming Kop or eking out an unlikely cup victory, FIFA 14 produces special moments that will live in your memory long after you've put the controller down.

View Comments (71)
Back To Top
8
Great
About GameSpot Reviews 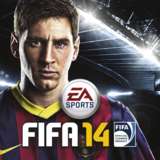 Danny's passion for football games started with Sensible World of Soccer on the Amiga 600. He supported Pro Evolution during its glory days but made the switch to FIFA in 2009. He now uses the FIFA series to imagine a world where Arsenal actually win trophies. 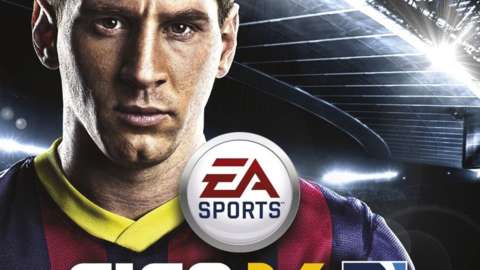 Fueled by EA SPORTS IGNITE, FIFA 14 will feel alive with players who think, move, and behave like world-class footballers, and dynamic stadiums that come to life.