A bird in the hand.

Having an animal retrieve something at your command is one of the great joys of being a pet owner. It's difficult to put into words. My girlfriend's daschund hardly listens and doesn't know any tricks, but when you ask him to fetch his plum-sized orange ball, he finds it, wherever it is, and brings it to your feet, tail wagging delightedly. Falcon Age, a first-person action-adventure game for PlayStation VR, understands the special fellowship that exists between a person and their pet, and it expresses beautifully the trust and affection that caring for an animal can make you feel. Besides robust combat and fine crafting, it captures that simple, precious thrill of playing fetch--and captures it so well that, after a few hours in the company of this bird, you may feel you've adopted a new pet.

Falcon Age places in your charge a baby falcon whose mother is killed protecting it, and over the course of a roughly four-hour campaign you feed it, train it, nurture it, lead it into battle, and otherwise act as its full-time caretaker. This can be done conventionally, on a television and with a DualShock 4, or in virtual reality, with a PSVR headset and a pair of Move controllers (or in VR with a DualShock, if you so prefer). Falcon Age was designed expressly to be played in virtual reality, though, so the traditional, non-VR gameplay feels like something of an afterthought. It's adequate in two dimensions with familiar first-person controls, but the game's best qualities are appreciable only with the headset on and the Move controllers in your hands. If you want to really bond with your bird, you need to be able to reach out and touch it.

You play as Ara, one of the few humans left on a planet ravaged by robot colonizers. As the game opens, Ara is imprisoned, forced to follow a monotonous daily loop of "reeducation" in the form of morning quizzes and hard labor mining ore by pickaxe outside. Soon enough, she escapes, and the story follows her efforts to adopt the ancient traditions of her near-extinct people while fighting alongside the scrappy resistance that aims to take the planet back from its unwelcome invaders. Interestingly, the story begins near what seems to be the end of the colonization; the planet has already been exhaustively ransacked for resources, and as we arrive it looks long-since despoiled. The air of late-stage devastation--evident in every bleak vista and arid valley--makes fresh a premise that might otherwise feel too familiar.

It also makes clear the game's politics, which are as central to Falcon Age as the bird is. The background of the story--a sprawling, rapacious colonial superpower ransacks a planet of its valuables, strong-arming the natives into wildly unjust obedience--is obviously meant to suggest certain real-world analogues, and it's hard not to keep the historical parallels in mind when hearing this tale from the perspective of the oppressed. Even the falcon is poignant here; you're told early on that falconry is part of the traditions of the native population, rapidly disappearing under tyrannical rule. It's a simple parable, but it's relevant, and it lends the game a seriousness that belies the impression of a game about an adorable bird.

As you and your falcon make your way through the desolate landscape, attacking robot outposts and learning to practice farming on the recaptured soil, you discover encampments, encounter other survivors, and, in keeping with the demands of an adventure game, meet merchants with things for you to buy and people with errands for you to complete. The world itself feels well-realized and intriguingly stark, as you chart vast plains of barren rock depleted of verdure and pitted with fixtures of sleek, ominous steel. The conversations you have with its inhabitants, on the other hand, tend jarringly slangy and sarcastic, with dialogue that clangs as oddly careless. Your hero, in particular, often talks like an angsty teenager, with options to sass in practically every exchange with other people. The snarky one-liners struck me as totally inappropriate to the setting.

Communication with your feathered friend is, thankfully, much more natural--perhaps because it's entirely unspoken. For your troubles, it's at your command. The mechanics are simple, modeled on the basic techniques of falconry. Your bird's default state is airborne, circling the sky above you. Bringing a fist to your lips calls it to you, and raising a hand invites it to land on your wrist. While perched, it can be fed, stroked, played with, or tended to if wounded--more on that later. The Move controllers are very responsive to even subtle movements, and the bird AI is sharp enough that I almost never had trouble getting it to follow my commands or fly to me when needed. It feels like a natural extension of your own body in an elegant, smoothly integrated way.

You can dress your bird, equip it with items and armour, and direct it toward points of interest in the environment before you. Sometimes this takes the form of a kind of problem-solving, as in certain AI-companion puzzle games such as The Last Guardian. A drawbridge out of reach can be lowered for use if you direct your falcon to cut the string holding it aloft, for instance. Other times it's a matter of getting along as partners in the wild. Your falcon will hunt animals, pick fruit from trees, or collect bits of ore for you if so instructed; stronger creatures, such as big armoured beasts who burrow in the sand, you can tackle together, taking turns striking and jockeying for advantage. While you are bereft of beak or talons, you are equipped with an electric baton and whip, which isn't too shabby. You may have to whip plates of shell off the back of a lumbering animal to expose a weak point where your falcon can swoop in.

It's at robot basecamps that the hunt becomes a full-blown battle--and it's here, too, where the surprising depth of the game's combat system reveals itself. The basic strategy involves tagging enemies and standing back while your animal does his thing, but in more challenging skirmishes you're obliged to be an active, nimble participant. Your falcon can pin certain enemies in place for you to attack their weaknesses; it also relies on you, in some cases, to attack first, and it's enormously satisfying to work out the right approach to a new situation. At their most complex, these are battles of wits and reflexes--a challenge that's gratifying rather than frustrating, thanks to precise, intuitive controls with the Move setup, especially with free roam on.

Like deflecting a bullet with a knife in Superhot, looking down the sights of a sniper rifle in Killing Floor Incursion, or slashing a block in half in Beat Saber, interacting with your bird in Falcon Age has a tactile pleasure that is truly satisfying. The bird itself, meanwhile, looks great, behaves believably, and feels on the whole like a coherent, fully realized character; more than a sidekick or ally, you come to think of it as a companion, like a cat or dog at home. The highest compliment I can think to pay Falcon Age is that it evoked the same feeling I get caring for my real-life pets--including the real wince of bone-deep alarm I felt anytime my bird was at risk of injury. This is about much more than a cute animal. It's about a bond, and one Falcon Age nails. 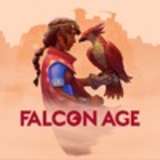 Calum has been keeping up with PSVR diligently for a couple of years now, and the four or so hours he spent completing Falcon Age's campaign were among the most fun he's had to date with the platform. A code was provided by the publisher for this review. 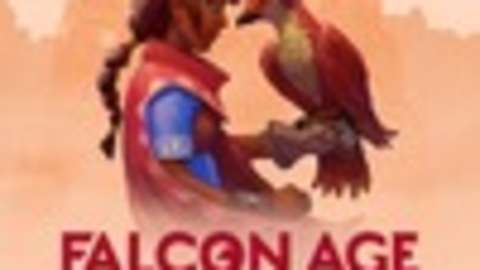