Attack of the clones.

Somewhere, in the infinite void of space, is a planet with a race of transhumans that believes they can bring the dead back to life. A being named En has come here looking for a way to resurrect a loved one currently trapped in a red cube strapped to her back. What she will find is a seemingly endless labyrinth that puts her head to head with the most dangerous enemy: herself.

More accurately, the endless labyrinth of Ultra Ultra's Echo puts you head to head with yourself.

The labyrinth, as it turns out, is a decadent but sterile mansion, reminiscent of the alien hospice where Dave Bowman lives out the rest of his days in 2001: A Space Odyssey. The place is clean, but devoid of life. En eventually gets the lights back on, but activates something else in the process. What first manifests as ugly, malignant blobs on the floor eventually takes shape. Specifically, the shape of En. A labyrinth-wide blackout triggers every few minutes, knocking everyone out for a brief moment. When power and consciousness returns, the clones--called Echoes--reboot on their own. With each reboot, the Echoes become closer to a perfect copy of En, and even more determined to murder her.

Therein lies Echo's biggest, most captivating twist: the labyrinth itself monitors En--her every movement, her every action--recording the data, and feeding it back to the Echoes. When the power reboots, the Echoes will have learned new skills directly from your actions. Use your gun to kill the Echoes, and the next reboot, all of them are suddenly trigger-happy crack shots. Sneak up behind an Echo to take them out with stealth, the next reboot, they will skulk around silently, looking for the perfect opportunity to sneak up and choke En to death. By default, the clones are afraid of water, but if they see you get in, the next reboot, that fear is gone. Echo is an intricate game of cat and mouse where the mouse keeps sharpening the cat's claws.

Fortunately for you, Echo intelligence has limits. Every system blackout wipes the progress of the previous reboot, so it's possible, with patience, for the Echoes to unlearn skills if they weren't used during the previous period of full power. Prior to a full blackout, there's a short period where the lights go out, and the labyrinth is processing the new data, i.e. not recording. These are the moments where En can act with impunity, using all the tools at her disposal to permanently put down an Echo, and traverse the environment freely without any of her movements coming back to sabotage her later.

Even then, En has her own limits. Every action, even the ammo for her gun, is tied to an energy cell system that can be refilled using "Suns" scattered around the labyrinth. But Suns aren't so ubiquitous that one can just spray-n-pray bullets, then vault over a table to hide before a full blackout. A big part of the game's challenge is tied to resource management, plotting a course which will leave En to safety, but with the means to defend herself if necessary, while also taking into account what the Echoes can currently do (and will be able to do) once you've executed your plan. Echo is the child of a little over a half dozen ex-patriates from Io Interactive of Hitman fame, and that pedigree shows itself in the amount of foresight needed to be successful in every stage.

As a whole, the game falters, but only slightly. The core story of En trying to resurrect her loved one is handled with admirable restraint. En herself is voiced by Game of Thrones' Rose Leslie, a subtle performance that has her balancing excitement and determination with just enough doubt to make Happy Ever After for this fool's errand uncertain. That doubt is further instilled by her ship’s coldly cynical A.I., London (voiced by Nick Boulton, already having a great year coming off of playing Druth in Hellblade), whose constant questioning and dialogue with En drives the story, and fills in the backstory, albeit to questionable results. The biggest problem is En and London dropping reference after reference to the history, religion, and lore of En's homeworld, but never really stopping to catch you up. It's still mostly comprehensible, but it's surprisingly dense, and much of it is spent filling in backstory, but not really pushing things forward until the end of the game is in sight.

The biggest problem is the labyrinth itself. It's a fantastic, evocative environment unlike anything one might expect to see, but the aesthetic starts to wear thin in the later hours; the only break comes from the occasional transitional maintenance area that separates major milestones. Add in the fact that, with the exception of a late level opponent, both En and her enemies are all the same model, and there's a numbness that starts to sink in after playing the game for extended periods. One type of section, where En must collect dozens of purple orbs to open an elevator to the next area, stretch out far longer than necessary. These are often the sections compounded by the game's sporadic save points, which sometimes drop En a minute or two from the next door, but sometimes don't trigger until you've been running, jumping, shooting for twenty minutes in an area, and all it takes is one Echo's lucky shot to end her, and erase all that progress.

Figuring out how to and how not to teach the game's enemies what to do is a stupendously gratifying process.

Fortunately, though often tricky and uncompromising, Echo never feels impossible, or cruel. However, it does require constant thought and consideration. Figuring out how to and how not to teach the game's enemies what to do is a stupendously gratifying process, in that same magical way a game like Portal rewires the player's brain to think in a whole other dimension than just where to insert bullets. It could benefit from variety, but it's a stellar use of A.I. programming, regardless, one that we will likely--and ironically--see imitated but never duplicated in the future.

View Comments (35)
Back To Top
8
Great
About GameSpot Reviews 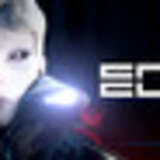 Justin Clark spent seven hours getting through Echo. Luckily for him, the only thing he's taught his Echo is how to make pancakes and beat Battletoads. A digital copy of this game was provided by the publisher.