There I was, trying (and only occasionally succeeding) in the timing of some of Ahsoka Tano's combat combos in Disney Infinity 3.0. My six-year-old son--in charge of yet-to-be mass murderer Anakin Skywalker (spoiler)--button mashed away, and was making as much of an impact on General Grievous' health as I was. It was an interesting contrast--my son hitting the one button over and over while I tried to make the most of the improved combat in Infinity, both of us having fun in our own way.

The Disney Infinity series, too, has had games that showcase plenty of contrasts. On the one side is Infinity's wonderful Toy Box mode, a creative playpen that gives players an opportunity to make their own games and levels, even if the exhaustive tools that are available often make the mode more intimidating than intuitive. On the other side are the pre-made game adventures (called play sets) that came with the last two Disney Infinity starter packs (or sold separately, in some cases), games which were set in various Disney worlds such as the Marvel universe, Pirates of the Caribbean, and more. These Play Sets have varied in quality, but the bar has been consistently middling; they've ranged from the very poor to the somewhat enjoyable. None have matched the sheer fun of simply exploring and playing around in the Toy Box mode.

Disney Infinity 3.0 is the closest the series has come to a parity in quality on both of its sides, with the Twilight of the Republic Play Set that comes with this year's starter pack a joy to play. Set in the Clone Wars period of the Star Wars universe, Twilight of the Republic is this year's Infinity starter set. You'll get the game plus two toys/characters--the aforementioned Jedi pair of Ahsoka and Anakin. Yes, that's one less toy than the Marvel version last year, but the price is slightly lower, too, a fact that cash-strapped parents may find somewhat comforting (you can even use your old Infinity base and just download the new game for a significantly lower cost).

For the uninitiated, Disney Infinity is a toys-to-life game where physical, real-world toys unlock their virtual counterparts within a game. Place the Ashoka toy on the Disney Infinity base, for example, and seconds later she'll appear on screen. All previous Infinity toys are compatible with this latest version, although, as always, there's no cross pollination between franchises allowed in play sets (so no Olaf from Frozen in the Twilight of the Republic play set, for example). All of the characters have various melee and ranged abilities specific to their character, and the toys themselves are expressive and well built. They're pretty sturdy, too, although I can see the thin lightsabers some of the Star Wars characters wield falling victim to overeager children.

The improvements to the game's combat are almost immediately noticeable. Attacking is faster and flows much more smoothly--button mashing for the younglings will still get results, but the added depth to the melee allows more skilled players to utilise more powerful and impressive-looking attacks. Combos are achieved via Devil May Cry-like inputs of timed button presses, and while the combo commands here are much simpler than DMC, it's still undeniably cool to use Anakin as he slashes enemies, launches them in the air, bats them away, before using Force pull to start the combo all over again. Not everything works, though: the controls in the pod racing sequence felt altogether too floaty, while dogfights are simple and underwhelming. In all of the space battles I played, there was only ever one enemy type, and it never actually felt like I was in any danger of getting blown out of the stars.

While last year's Avengers play set took place in a dreary, featureless Manhattan, Twilight of the Republic features a much more varied series of locales. You can visit four planets in the Star Wars universe, as well as fly around in space in the occasional dogfight battle. The various missions you undertake as you try to solve the mystery of just who is behind the plot to restart the droid factory on Geonosis are pretty exciting, too: the difficulty escalates nicely, while there's a good variety of enemy types (and the occasional boss) to deal with. It's a pity, then, that there's only a few hours of this. Ending the main quest line of Twilight of the Republic made me want more. There are, however, many side missions you can work on in the four planets you come across, but most of these are simple fetch quests or escort missions, and feel like exactly what they are: padding.

As always, the bulk of the experience in Disney Infinity lies in its expansive Toy Box mode, a comprehensive set of tools, toys, and locales that theoretically allow players to craft their own levels and gameplay experiences. Want to create a vicious platformer? Toy Box allows you to do that. How about a side-scrolling beat-em-up, or a high-speed Mario Kart-like racer, or even a tower defense game? Toy Box has you covered.

I say theoretically, though, because the sheer amount of tools and options available can be overwhelming. New tools added this year--such as a path creator that allows you to specifically decide the route enemies, allies, and even objects will take within your created world--make even more game-types possible, but it also ramps up the complexity even further. The Toy Box can be a mountain, and it's a tough one to climb.

In previous Infinity titles, the sheer amount of "possibility" often left me paralysed with indecision, but 3.0 takes some of the user-friendly additions introduced in the previous game and amplifies them, making for a Toy Box experience that is easier to get into than ever. The redesigned Toy Box Hub, for example, wisely features different areas specific to different game types (combat, platforming, and racing). In each area, you're given the basics of what to do, and even have a few examples to of levels created using Toy Box tools to serve as inspiration. There's a whole separate area, too, teaching you how to utilise some of the more complex tools in the game, such as logic switches, enemy generators, and more. These have all been structured as challenges, little puzzles to solve that teach you the basics of operating those specific tools. I found them all extremely useful, and coupled with a greater number of automated building toys (or toys that can build entire structures for you), and I found that a lot of that initial overwhelming feeling was eventually overcome.

If you're not the type who enjoys creating, then most of the magic of Toy Box will be alien to you. For those who just like to play, Infinity has made the process of discovering and playing other people's creations a little smoother. Within the Toy Box Hub are two new areas dedicated to showing user user-generated worlds: the El Capitan theatre will feature specific Disney chosen levels, while Flynn's Arcade focuses on showcasing multiplayer worlds for four players online. I played Disney Infinity 3.0 pre-retail launch, so most of the content on show seemed to be from official Disney creators. I'm expecting the numbers of Toy Boxes available to play to increase significantly once the game is released, although that doesn't necessarily mean the quality will increase.

Of course, Disney Infinity 3.0 is more than just what's included in this year's starter kit. That's just the platform for a whole other range of experiences, including Toy Box expansion games, more play sets (sets that encompass the original Star Wars trilogy and the new upcoming film have already been announced, as well as one based on Inside Out), plus a whole new range of toys. You'll have to pay for all of these expanded experiences, of course, so your overall mileage and enjoyment of Disney Infinity 3.0 will vary. For all of this year's improvements in combat and the Toy Box, the core appeal of Disney Infinity remains the same: it's a great, kid-friendly experience that, thanks to the complexity inherent in building worlds from scratch, skews a little bit more towards older kids than the very young. Its structured play may be the best it's ever been, but when it comes to the unstructured building side of Infinity, well, that will only go so as far as your imagination can take it. 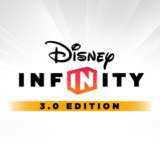 Randolph completed Twilight of the Republic, played several more hours in the Toy Box Hub, and created a few levels using the new tools in Infinity. His six-year-old son Sebastian assisted, but was really confused as to why Olaf couldn't have Force powers, too. 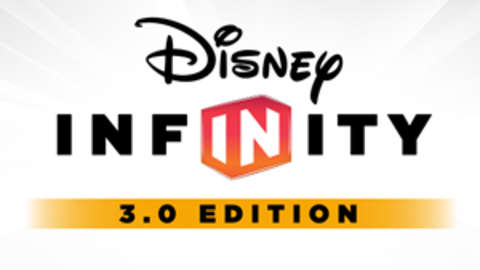