Dishonored's engrossing world and intoxicating interplay of supernatural powers make it a game you'll want to play more than once.

Dishonored is a game about many things. It's about revenge; armed with deadly weapons and supernatural powers, you seek vengeance upon all of those who orchestrated your downfall. It's about a city; the plague-ridden industrial port of Dunwall is lovely to behold, exciting to explore, and seething with secrets. It's about people; an array of vibrant characters await you, and as you get to know them, you are drawn further into their intrigues, hopes, and heartbreaks. But above all, it's about choice. The incredible variety of ways you can engage or evade your enemies makes Dishonored impressively flexible and utterly captivating.

You play as Corvo Attano, former bodyguard to the empress and current death row inmate. The prologue chronicling Corvo's crime not only inflames your desire for revenge, but also sparks your affection for a vulnerable character. These dual fires foreshadow the choice you have to make each time you encounter an enemy: do you walk the bloody path of brutal vengeance, or take the nonlethal high road and rise above the violence that suffuses the city? Your actions have small, yet tangible consequences throughout your quest, and it's up to you to decide what kind of retribution you want.

A cadre of conspirators helps you escape imprisonment, and you find out that they are plotting to bring down the very men who wronged you. These characters embody familiar archetypes--the dutiful admiral, the egotistical nobleman, the cheeky servant--but Dishonored is not content with one-dimensional portrayals. An excellent voice cast (which includes a number of notable actors) and stylish character design help bring these people to life. As you listen to them talk (you remain mute throughout), read their journals, eavesdrop on conversations, and learn whispered secrets from an arcane, psychic item you acquire, you come to know the characters and the world they live in. This kind of knowledge is engaging, so even when the main plot follows some well-trodden paths, you're always interested and eager to press on.

Exploring Dunwall is another one of Dishonored's great pleasures. The city prospered from the whaling trade in the recent past, but has fallen on hard times since the influx of a deadly plague. Brick walls and wooden beams loom over alleys crawling with rats, while granite facades and metal barricades block off the cobblestoned plazas of the wealthier neighborhoods. Dunwall evokes a British city in the grip of the industrial revolution, but painterly coloring and slightly exaggerated proportions give the place a unique feel. The lovely artistic design shines on the PC, bursting with detail and making Dunwall an immensely appealing place to inhabit.

Of course, there are tangible benefits to exploration as well. Sewers, alleys, apartments, and estates all hide items that restore your health, reinforce your arsenal, teach you secrets, or allow you to gain new supernatural powers. The large areas you must traverse to get to your targets are riddled with out-of-the-way places to explore, and finding them reveals not only hidden goodies, but alternate routes as well.

Figuring out how to move through the environments is an enjoyable pursuit, and one of the first powers you get allows you to teleport a short distance. The quick pop and blurry whoosh of this power provides a nice audiovisual accompaniment to the thrill of defying natural law, and if you choose to supernaturally augment your jumping ability, your range of locomotion is drastically increased. Though you'll likely have some awkward moments as you try to go places that the game won't let you, Dishonored's level design is consistent enough to make such moments easy to avoid once you get the hang of things.

In addition to these superhuman movement abilities, you can choose the power of possession. Slipping into the skin of a rat or the scales of a fish allows you to navigate small tunnels and reach new areas, and when leveled up, you can even possess other humans for a short while. Acquiring and improving your supernatural powers requires runes, though, and there aren't enough for you to max out every power. There are no bad choices, thankfully, though some clearly favor lethal or nonlethal approaches. Pacifists will appreciate the ability to stop time, for example, while assassins might favor the power that instantly turns corpses to ash.

Powers are equipped in your left hand and are accessed with a radial menu. This menu also contains your pistol and your crossbow, each of which has a few different ammo types. Sleep darts are the only nonlethal munition in the bunch, and they are invaluable to players who try to play the entire game without killing anyone (yes, it's possible). The rest of your options are decidedly deadly, including grenades and razor-flinging proximity mines.

With such nasty weaponry and formidable powers at your disposal, you have a startling array of ways to deal with hostiles. Simply sneaking by them is often effective, as is creeping up from behind, applying a sleeper hold, and dragging the bodies to a dark corner. Killing can be quiet too. A deadly drop from above makes no noise, and a properly timed windblast can blow an enemy off a high ledge, never to be seen again. If you prefer to see the whites of their eyes, your sword is always in your right hand, ever ready to duel. You are a formidable swordsman, able to block and counterattack against most blows, but clanging swords bring more guards or thugs, and they won't wait until their allies are out of the way to take a shot at you.

Enemies are prone to fatal dips in intelligence from time to time, but they are generally tenacious and alert enough to put up a decent fight. Once you start experimenting with powers, weapons, and environmental elements, Dishonored's amazing flexibility shows its stuff. Summon a swarm of rats to devour an enemy, and then possess one of the rats to sneak up behind those foes who come running. Blow enemy projectiles back in their faces, killing them instantly. Freeze time, enter a room with hostiles, drop a live grenade, exit and close the door, and then watch the explosion through the keyhole.

Sure, you didn't really have to watch, but taking a playful approach can result in even more supernatural fun. Blow bottles off a shelf from a hidden perch to terrify the maids. Snatch a painting while a guard is looking at it instead of waiting for him to walk away. Throw a corpse off a balcony onto a guard, but freeze time before it hits, so you can watch his reaction when you appear in front of him as he gets clobbered from above. Dishonored has multiple save slots available, and taking advantage of the ability to tear things up and then reload a fresh start encourages you to engage in some absolutely delightful mayhem.

Yet even though it allows you to wipe the recent slate clean, Dishonored still begs to be replayed from the beginning. Unlocking different powers, finishing missions in different ways, striving to be more or less murderous, and seeing a different endgame all offer appealing incentives to give it another go. It's a rare game that feels so compulsively replayable, but Dishonored is such a game. The compelling abilities, the bold artistic design, the colorful characters, and above all, the freedom of choice--these are the things that mark Dishonored as one of the truly remarkable games of this year.

View Comments (339)
Back To Top
9
Superb
About GameSpot Reviews 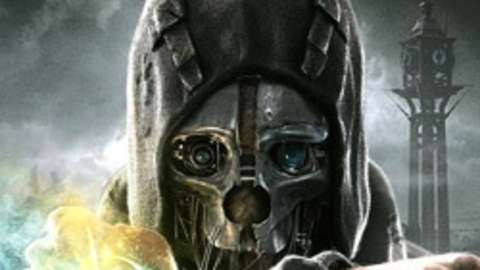