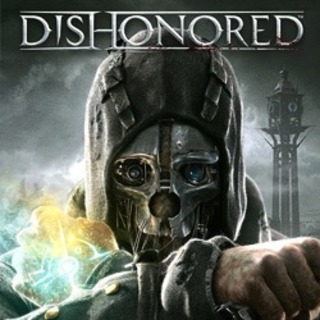 Lurk in the shadows with these sneaky masterpieces.

QuakeCon At Home Returns This August With Livestreams And Puppies

Participants and viewers can also donate to charities like The Trevor Project and UNICEF through this year's QuakeCon.

If you've picked up a subscription to Xbox Game Pass but are feeling overwhelmed by choice, here's a quick selection of the best games on the service at the moment ...

It's unclear if Harvey Smith's new project at Arkane Texas is connected to the Dishonored series.

You can get compilations of some of Bethesda's biggest game series on PS4 and Xbox One now.

Several job listings at Arkane Studios paint a fuzzy picture of the developer's next game.

Steam has an awesome '0451' sale right now, discounting PC games that use the iconic Easter egg.

Dishonored--You Can Play Its Tabletop RPG Without Leaving Your House

The Dishonored tabletop game is out now in digital form.

Dishonored Is Getting A Tabletop RPG

The beloved video game series is expanding to the world of tabletop gaming.

The Dishonored Series Is "Resting For Now," Dev Says

Arkane's acclaimed stealth series is "resting for now," the studio's lead designer reveals in an interview.

The PS4 and PC streaming service adds a lot of new games this month; see the full list here.

Dishonored: Death Of The Outsider Lets Players Cut Loose As It Closes Out The Main Story

Raphael Colantonio has been with Arkane Studios since its inception and played key roles on both Dishonored and Prey.

Show me more
Where to buy
Dishonored
$9.61 at Walmart
GameSpot may get a commission from retail offers.

Failure to Fame: The Secret Origins of Arkane Studios

The Games That Are Influencing Prey - The Lobby