In the end, Devil May Cry 2 is a big disappointment, and it just isn't all that entertaining.

For every problem that's fixed or improved, a new problem appears--this seems to be the unintentional and unfortunate theme of Devil May Cry 2, a sequel that had an opportunity to improve upon an already excellent formula introduced in its predecessor but has unequivocally squandered it. Nearly every single improvement made in Devil May Cry 2 has some adverse effect. The environments, for example, are indeed quite larger than those in the previous game, but they lack the high level of detail and personality of the original Devil May Cry's environments, and many are so generic that they could've been used in just about any other action game. Likewise, Dante has a few admittedly stylish and easy-to-control new moves, but they are almost completely worthless and serve no purpose other than to improve your stylish action rating, which is quite unnecessary in the grand scheme of things. Additionally, Capcom has given Dante a partner named Lucia, whose levels are mostly identical to those on Dante's disc except that they're either in reverse or chopped in half, making her quest even shorter than Dante's incredibly short journey. Ultimately, it's just disappointing to see such an uninspired sequel that simply goes through the motions of being an action game rather than taking advantage of concepts introduced in its predecessor.

The lack of personality in Devil May Cry 2 starts with the characters. What's most disheartening is that Dante, who also happens to be the son of a legendary warrior, is almost completely devoid of any charisma. This is the same character who mocked an enormous magma spider, who had been impaled on a sword only to purge himself of it and live, and who said "let's rock, baby" and sported a pair of guns named ebony and ivory. None of these personality traits are conveyed until very late in the game, and even then they're only small windows onto Dante's former self. Lucia doesn't really have time to develop a personality since her portion of the game is so short, and what you do learn of her past is such a hackneyed piece of video game lore that you probably won't care anyway. These characters do cross each other's paths at different points in the game, since both are trying to find a set of relics that are also sought by a man named Arius, who hopes to use them to gain control over the world.

While their stories branch ever so slightly, Dante and Lucia are mechanically the same character, though one is slow but strong while the other is quick but weak. Both characters have somewhat identical aerial and long-range attacks, only Dante uses firearms while Lucia relies mainly on throwing daggers or other sharp objects. In addition, they can both turn to their melee weapon (which is either a large sword if you're Dante or a pair of small, sharp blades if you're Lucia) when an enemy gets too close. Lastly, these two characters also have the ability to turn into a devil, which gives them added special abilities (such as flight), new attacks, and better strength and defensive capabilities. Armed with only this information, you can get through all of Devil May Cry 2, including both discs, in about four or five hours. You don't need to pull off cool moves like running on walls or falling toward the ground headfirst with guns blazing, since a high style rating doesn't factor into whether or not you'll beat the game. In fact, most of the fights in the game (particularly the boss battles) are easily won by relying on either character's basic skills. Many of you will undoubtedly enjoy trying to execute different combinations and make them look as cool as possible, but by the time you reach the middle of either character's game, you've seen just about all they can do, and it can quickly become tiresome to try to use fancy combinations repeatedly, when standing in a corner and using long-range attacks is much more effective. That's part of what can make Devil May Cry 2 so boring.

To add to the list of disappointments, the secondary weapons are completely worthless. Both Dante and Lucia will come across new weapons in the form of shotguns and rocket launchers for Dante and crossbows and bombs for Lucia, but most of them are unnecessary, except for the crossbow, which is the only weapon Lucia can really use underwater, and Dante's rocket launcher, which is actually more fun to use than anything else. The characters' default weapons are so powerful and effective against every type of creature in the game that you never really have a good reason to use other weapons. The orb system from the first game returns in Devil May Cry 2, so you can use red orbs (which you collect mostly by defeating enemies) to upgrade long-range or melee weapons and to buy items that restore health, items that restore magic for the devil form, or other supplementary items.

Another secondary item, the amulet, could've been really useful but falls flat. At various points in their respective games, Dante and Lucia encounter small orbs that are basically little shards that can be placed into an amulet. Each shard gives Dante's or Lucia's devil form an additional skill, such as faster health regeneration, elemental attacks, or even more strength. There are nine different pieces for the amulet, but you'll more than likely end up relying on the same three pieces throughout much of the game. It's probably worth noting that you can get through the entire game without even knowing that the amulet exists.

If you can't tell by now, Dante's and Lucia's quests are quite similar, although there are a few levels unique to Lucia, most of which take place underwater. The environments in Devil May Cry 2 aren't all that engaging, partly because of their size. In the original Devil May Cry, the small rooms and confined levels forced you to fight, but Devil May Cry 2's larger environments allow you to run away from most enemies. The downside to running away is that you won't be able to collect red orbs by slaying enemies, but there are plenty of orbs floating around, so it's not really a concern. Besides, there are long stretches in some levels where all you're doing is running to get to some door located on the other side with no enemies in sight.

Perhaps the biggest problem with the environments is that they lack any sort of creativeness. For example, you'll see a standard industrial complex, a skyscraper complete with a functional elevator, and a docking area. They wouldn't be so bad if they had some sort of influence from Devil May Cry's distinct gothic environments, which made fans of the original think that there was a new contender to take on Konami's Castlevania series.

The larger environments also translate into a drop in overall detail. The architecturally impressive and colorful designs from the first game have been replaced with quite basic rectangular designs and bland, repetitive texture use. The character models for Dante, Lucia, and Arius are actually impressive (aside from the blatant clipping of Lucia's hair), and they all animate very well. Indeed, Dante's slick moves look noticeably smoother in Devil May Cry 2 than they did in the original game. As far as enemy models are concerned, it's quite obvious that many of them have reduced polygon counts so that several of them can be onscreen at once, but this is somewhat compensated for by the sheer increase in variety. There are far more enemies in Devil May Cry 2 than there were in the original game, though some of them are a little suspect, like the zombie tanks, zombie helicopters, and wizards.

Unfortunately, or fortunately in some cases, you won't get a close-up look at the characters or enemies during actual gameplay since the camera has been drawn so far back. Though Capcom has fixed some of the problems with the original game's camera, it's still an issue. A large portion of enemies still remain out of the camera's view, and jumping can still be quite problematic because it's difficult to judge where platforms are in relation to the environment and the camera.

As for sound, the music in Devil May Cry 2 is similar in style to that of the original. You'll hear quite a few rock tracks mixed in with some ambient music as well as some orchestral gothic-type music. The sound doesn't differ much from that in the original Devil May Cry, either--Dante and Lucia have a basic assortment of grunts and yells while in combat, as do some of the enemies. The voice actors don't exactly give the greatest performances for their respective characters.

In the end, Devil May Cry 2 is a big disappointment, and it just isn't all that entertaining. The control is still excellent, which is great for pulling off the cool combinations that Dante and Lucia have, but these combinations are useless for the most part and become tedious to perform later in the game or once you figure out that these characters fight more effectively using regular attacks. As a PlayStation 2 game, Devil May Cry 2 looks solid, but it really seems as though very little effort was put into some of the visual aspects of the game. There are a few extras in the game, including alternate costumes for Dante and Lucia and hard modes for both characters, but they don't really make the game worth replaying.

View Comments (8)
Back To Top
6.4
Fair
About GameSpot Reviews 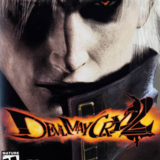