Batman: The Enemy Within - Episode 2: The Pact Review

In Episode One of Batman: The Enemy Within, the tragic loss of a friend and stalwart ally threatened to undermine Batman's crusade for justice, while also throwing Bruce Wayne's personal life into disarray. As someone that loves to see the duality of DC’s Dark Knight used to unravel him I was eager for Telltale Games to pull at this narrative thread, but Episode Two allows it to slip away. While this is certainly a missed opportunity, Telltale makes up for it by thrusting Bruce Wayne into situations that begin to blur the line between right and wrong, and it proves to be just as compelling.

Episode Two is perhaps the strongest indication that Telltale is done drudging up Bruce Wayne’s past trauma to torment him, and more interested in giving him new demons to face. Though perhaps “new” is a bit of stretch, since the villains Bats goes up against are familiar faces from his rogues gallery, mostly unchanged from the way they've been depicted in the past, albeit with one major exception. Harley Quinn, who is the standout character in the episode, exhibits a drastic shift in her power dynamic with Joker.

Traditionally, Harley has been depicted as Joker's long-suffering right-hand woman, doing all the hard work and receiving very little respect for it. She's always been infatuated with the mentally deranged Clown Prince of Crime, even though he treats her like a disposable tool, reciprocating her love only when it suits him. Telltale has turned this dynamic on its head, placing Harley in the position of power instead. John Doe, the man that the series is setting up to become Joker, is still very much on the edge of his madness, yet to leap into the insanity that transforms him. As such, he's still unsure of himself and finding his way, which Harley takes full advantage of. This time around, he's the one fawning after her, and she relishes in toying with his emotions. This subversion, for longtime fans of the Batman mythos, is fascinating to watch and an interesting new take on the character.

But it's not just Joker that Harley has at her beck and call. With The Riddler taken care of, she assumes control of Gotham City's cabal of new villains. In Episode One John Doe offered Bruce an opportunity to meet his "friends" and, under direction from Amanda Waller to infiltrate their ranks, Wayne finds himself having to win their trust.

This setup paves the way for Episode Two's most tense and defining moments. As Bruce Wayne, you must weigh up the need to curry favour from dangerous criminals against the inherent risk of dealing with devils. While the decisions you make therein generally resolve themselves in a way that keeps the narrative on script, in the moment there's plenty of drama in directing Bruce to toe the line and attack an innocent so that the nogoodniks trust him. Telltale asks fans to violate the principles they know Bruce holds dear, effectively twisting their own image of the character. The various decision-making moments in Episode Two are very effective realisations of that classic "doing something bad for the greater good" trope.

This sense of being between a rock and a hard place extends to Batman's new working relationship with Amanda Waller, and the strain it puts on his friendship with Jim Gordon. The cliffhanger in Episode One revealed that Waller, true to form, knows much more about Batman than most, giving her leverage over him. Since her investigation is undermining Gordon's, Batman finds himself stuck between two people on the same side of the law but with different objectives. Again, this is another instance where Telltale has set you up to either make life harder for Bruce by siding with Waller, or betraying someone you know is an ally to Batman. This early in the series, it's difficult to say whether these decisions will pay off in a way that's gratifying, but in the moment, it really sucks to have disappointed Gordon.

While Episode Two is filled with strong characterization and writing, one person stands out as a weak link. Alfred's involvement in the story thus far has been entirely forgettable, serving mostly to parrot back the events that happened in the scene preceding his appearance, or doing the worried father-figure routine. Alfred is a tricky character to make valuable, especially when Bruce is out of his moping, woe-is-me phase, when he can serve as the emotional anchor for Batman. As of yet, his inclusion in The Enemy Within doesn't feel justified; he feels like dead weight against the rest of the cast.

Episode Two also continues to push further away from the slower paced, investigation sequences from the first season. One bomb defusal section aside, the majority of gameplay is made up of action driven set-pieces controlled through quick-time button presses. It's a shame that Telltale seems to be playing down the clue-hunting and puzzle-solving elements featured in the first season. Although this keeps the story moving at a brisk pace, those moments were key in delivering a well-rounded Batman experience. Fans that like to see the cerebral side of Batman are going to be left wanting by Episode Two.

Nevertheless, Batman: The Enemy Within Episode Two builds on a strong opening to the season. It raises the stakes for Bruce Wayne by throwing him into a shark tank and asking him to turn bloodthirsty enemies into friends. Along with an empowered Harley Quinn and the unnerving powder-keg that is John Doe, the second episode provides drama and excitement in equal measure. 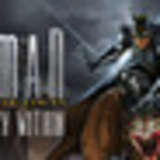 Tamoor is struggling to get over how disappointed Jim Gordon was in him. GameSpot was supplied a complementary code for the purpose of this review.