All this device does is run a Remote PC to a virtual computer designed for playing games, stocked with software purchased from their service. Anyone who has used PC Anywhere or similar should then understand the problems facing it - latency, latency, and latency. Let's not even touch the whole "ownership" issue, problems with the subscription model, lack of offline play, etc... - No what most concerns me here isn't the competition - that will be good for everyone - it's the lack of critical journalism on GameSpot's part. This entire article reads like a damn sales pitch.

Let me get this straight - only the stock drive and *one* SSD drive were compared? This tells us nothing. What are the times on a 7200rpm? What about a better 5400rpm drive - does the speed vary between manufacturers and models? What about a higher-end SSD, or a different model? - All we're seeing is *one model* of each drive, at *one speed*, which really doesn't inform us of much of anything. What if a 7200rpm drive offers PS3 owners 33% faster load and install times - that would be valuable information!

@Andres_sz There was an interview with a guy working with Microsoft, and his comment on the 360 has been that, since day one, they've been fighting Sony's hype. I'm not primarily a console gamer, my comment this gen is that the 360 is the best console to own if you are a gamer. In other words, if you were sitting on the PS2 last generation, you should be playing the 360 this generation - thus far it has had been getting first crack at a huge number of hot, highly acclaimed titles each year - and the best versions of those titles, thanks in part to its P2P service (LIVE). - Unfortunately, what we have are people who are not objective, for them the best system is the one they bought - and they say "oh - PS3 ftw" because brand loyalty matters more than the actual strengths of their system.There's nothing wrong with owning a PS3 - but please, don't try and steer people down that path simply because you made that choice. You enjoy the PS3 - fine - but it hasn't delivered on its promises, its services aren't all there at this point, and frankly, if you want the grim truth, it basically is skipping a gen. - What do I mean? - Last generation the Xbox was essentially a "skip a gen system" - it spent the entire generation tweaking the controller ("The Duke" -> S-Type), implementing and bug fixing online (LIVE), developing series (Ninja Gaiden, Halo, Forza, PGR), aquiring developers (Rare, SK, Epic) for the next gen, and setting the stage. This generation, the 360 comes out of the gates with what makes it a good system. Now, right now, Sony is doing Dual-Shock 3, preparing HOME, building their distribution networks online, etc - but this is key - you aren't going to reap the benefit of those things this generation. The best, most enjoyable, most complete and fulfilling implementation of those things CANNOT happen until they launch with the console and are MANDATORY for every game on the system (the same way the 360 launched with mandatory LIVE presence an achievement points for every game). - The promises of the PS3 will not be fulfilled until the PS4 - unfortunate, but true. Sony will make your PS3 evolve, you will get to be on the cutting edge, but you're going to be an early adopter of things that are currently (and for most of the gen) inferior to the existing technology. And being an early adopter, there's no guarantee what you're adopting will out-pace the standard, or be the best. You're trading guaranteed enjoyment for the *possibility* of being amongst the first on future enjoyment. Is that worth it? Not for most people - so you need to stop. Sony fans - stop - stop telling people you have things you don't have yet, stop pushing a system down people's throats that isn't fully implemented yet. You put more people on a system that, despite being launched, is really still in Beta, is really still just developing most of what makes it "better". Until HOME has been out for a year, bug tested, stabilized, until matchmaking services, cross-game online, trophy galleries, etc are STANDARD and MANDATORY - until software-BC for PS2 games is implemented on every model of PS3 - basically, until Sony finishes the software side of the system - the PS3 is in Beta, an for you to push it on people as though it is not is simply rude. - There's nothing wrong with the PS3's potential future, other than that it's not here yet. This shows, it's stone-cold evidence, that the PS3's year late launch DOES affect the graphical quality of games - it needs more time, but is it so wrong that most gamers simply don't want to buy into something that isn't finished yet? Would you drive you car without any paint on it or any padding on the seats for two years while the designers finished? If the PS3 is going to have a ten year life, I'm imagining it really won't "take off" in that life until after the third year - the PS2 certainly didn't explode out of the gates, and that's the truth of the PS3 - so stop, please, simply stop.

@ccputgat2m "gameplay > graphics" - that comment makes no sense, they're comparing the same games on both systems. Not only that, but in the comparisson for many games they point out the load times are identical on both systems, and the 360 version frequently has a steadier framerate. - The problem here is obvious - the 360 had a year head start, and that translated into a lot of the current gen tools, techniques, and design being built with the 360 in mind. As the PS3 picks up stride, so too do the multiplats improve on it, but right now we're seeing a pretty noticeable edge to the 360. Again, is it enough to throw your PS3 in the trash over? No - but it's a layer of polish that showcase that the 360 is at a place in terms of software development that the PS3 hasn't reached yet. When we're comparing the bread & butter games that are on both systems, the 360 comes out ahead in presentation.

The difference is pretty startling - in many games the PS3 screenshots look unfinished - the missing shadows and texture mapping resulting in a flatter, more washed-out looking image. The 360 versions have that extra layer of polish. Is it enough to throw your PS3 in the garbage over? No - but it shows that PS3 development hasn't picked up stride yet, compared to the older, easier-to-program 360.

Mario, is he really back and looking better than ever? Of course!

It's the age old whine-fest that follows any hardware refresh - the people with the old model deny that the new model is an improvement, then bash it for not having features that would make games for the new model incompatible with their old system. The new users get excited about upcoming features, but question the cost. The PSP slim has shorter load times, longer battery life, a lighter body, and video output - it's also being bundled in packages that make sense to the kind of people who want a PSP. It's a jack-of-all-trades - mini Media center, portable game machine, and techno lover's babble, and all of the features they've added reflect that. There's no reason to bash that - it's certainly enough to make me take a second look at the PSP.

Thanks for the advert Best Buy! I don't have any cash right now, so if you'll just swipe my middle finger, I can get back to reading actual articles...

Ackad... the PS3 only came out in 2006 because it was severely delayed - it has the same generation of hardware we saw in the Xbox 360 in it. In fact, it has a weaker graphics card. The Wii is newer than the 360 - does that mean it's more powerful?

E3 needs to go. Just like the endless stream of Hollywood awards shows, E3 did nothing more for the industry than become an overly public self-praising spectacle. We, as the gaming community, are hurt when development companies pull their teams to produce demos rather than working on the games we know and love. I realize people will be dissapointed because "they didn't get to go" - but that's the exact problem with E3, gamers aren't supposed to be at an industry trade show. I'm all for having a public event, like a "sony / microsoft / nintendo - con" but not when it comes at the cost of having games delayed by months simply so a company could put out more demos. This isn't the ESA's fault, this is Sony, Microsoft, Nintendo, Acclaim, Acitvision, Bungie, Bethesda, Blizzard, Square, etc.. all saying "enough is enough, we're spending millions of dollars in a contest." - and for the most part, as much as people have tried to claim E3 is a "proving ground" - it has failed to be. The Xbox was horrible at E3 and yet came in 2nd place last geneartion in terms of console sales, Sony had an amazing E3 2005 presentation, and yet in 2006 they bombed. Is it going to make any difference at launch? Is a company's showing at E3 really going to change your mind 6 months later? A year later? Two years later? Only the most hardcore gamers will be buying anything for "what it might be" and frankly they'd buy it anyway 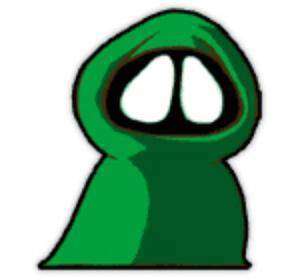