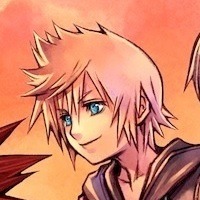 2nd year college student, going for a bachelor of the arts in Computer Systems with an option of Video Game Development. I've been playing video games since the age of holding a controller, so about 3 or 4, even if it was just mimicking my older siblings.

I may be called a Nintendo fanboy, but really I am a Zelda fanboy. Although recently a new JRPG has dethroned Ocarina, which was my favorite game of all time, and that game was Xenoblade Chronicles.

If you ever add me on a video game system, know that I have terrible internet where ever I go or move. I have that sort of bad luck. Because of that, I mainly played single-player role playing games growing up (still do actually...). Yes, my internet experience has been terrible my entire life. My parents still are using $10 DSL...

I love video game tunes. I'm one of those people who will replay a game just to hear and experience a single tune in a video game. Yet with my slight obsession with it, I have never touched a musical instrument in my life. Ironic, yes I know.