Sin means to miss the mark (not doing the right thing, or doing what you're supposed to do) besides doing bad things and/or evil things.

Thank you for asking.

You could read my very first post here at GS News back in March of 2013 Awhen I introduced myself to Jess. And you'll know virtually everything about me and my life's history. You'll even know my first and last name. That is assuming you keep archives of everyone's posts / account history. You'll then know everything underneath the hood. I will not be an anonymous poster. I'm completely transparent.

Yes, I do remember that first post I made several lifetimes ago it seems. It contained the same info I've shared with the other women in my life who wanted to marry me/if I could have gotten married to or women who were sexually attracted to me and wanted to do "it" with me (before I became a virtually socially disconnected video game addict for the most part). The only difference is Jess is over the Internet.

I didn't mean to put FALLOUT 4 down and thus put down the people interested in it.

I'm sure FALLOUT 4 is a good game, but I already spend too much time playing video games, I have other video games that will give me more bang (fun) for the buck (time invested) and I have other things in life I can and need to be doing.

I wish all you FALLOUT 4 players the best.

I don't that's the future any potential fan is looking forward to.

I still love you Jess with the covenant love God/Jesus teaches in the Bible. *Taking another drink of alcohol*

"hello gamespot noob i see you made your account today. welcome to the community. :)"

And you will soon find that leaving comments is one of the biggest wastes of your time ever. So it's best that you just don't get started and become totally addicted.

You will find that people who patronize the comments section are in denial and suffer from a case of major delusional disorder thinking the hosts might actually care just a little bit about the people who support them; but we keep having faith that maybe, just maybe. . .something we say, they'll care about.

And spending time on their Twitter accounts, supporting them, encouraging them, wishing them well, I just can't think of a more frivolous, fruitless waste of time, energy and generosity that is, BUT, maybe, maybe, I still keep holding out, that maybe I/we might actually make a positive difference.

FALLOUT 4 *Yawn* is on the extremely low priority list. I'll probably won't get around to it for another one, two, or three years.

A lot of people weren't to crazy for RAGE, but I almost loved it. I loved the combat part of it.

Halo 4, I loved it because of Cortana and her emotional story. Who care about bullets. Her emotions and character made it a favorite. Shame on you Jess for not supporting a major female icon and heroine (I'm playing).

Borderlands 2 was great for the combat; but not for all the non-stop scavenging and looting.

Turok (2008) was really good, except for the super long amount of time between checkpoints.

Far Cry 4, but only for the combat, not for all the scavenging, travel from A to B and all the drudgery and all the other crap.

Ghost Recon Future Soldier. Even though it's a third person shooter, it's still just as fun or better than just about any first person shooter.

I'm surprised no one made any silly sexual jokes about first person shooters. But that's good.

@suppaphly42: my only issue is that EA is publishing it. Which might not mean anything, or it could in the long run. We shall see.

EA is getting better. Just look at NHL 16. That game is awesome. That was a very fan-centric created/improved game. 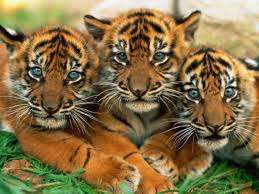