@gohan661 Aww poor little child, is your mom out; did you have to microwave the hotpockets all by yourself? :(

I didn't say the game's coming to the consoles, that I wanted it to, or that they could run them at 60fps 1440p on the highest graphics setting.

I said that they (at very least the PS4) could run it. Even if it's on medium/low and only 30fps, that still qualifies as 'running it'.

The min specs aren't going to require a Titan by the time the game releases, they'll probably not even change much (as the game will see optimizations by then).

@Darkpriest667 You seem to think that your CPU is the biggest player in games, it isn't. The consoles can run games perfectly fine.

Just calm down, and stop being an anti-fanboy.

@highlanderjimd @Antic_Dreamer Actually, it probably could. The PS4 is above the current min-spec requirement, and it's pre-optimization.

It's like Blizzard hasn't ever seen games like DMC3/4, where setting the difficulty up actually makes the game more challenging (see: fun), rewarding you for playing better, and adding some new mechanics. D3 never gets harder, nor does it add any new mechanics anywhere. It just forces you to get new (boring) gear to soak more damage and deal more, and that gear drops at such a grotesquely low rate that even that incentive fades.

We saw in the initial previews weapons that provided status effects, like freezing, what we got was just a tiny addition of damage with no effect on the gameplay. In some interview Blizz cited the example of Battlemages being one of the most popular hybrid specs, then we're left with all the classes can only use their class specific stats, and weapons providing basically all of your damage output; so even if there were fun weapons (and there aren't), you couldn't use them 'cause they'd just make you a gimp.

(NV)Why the hell should you be punished for switching out skills? "Oh how dare I attempt to have fun, and use a spec that's not an insanely bland, optimized, build to defeat the whole game."

And the story, my god is it bad. Anyone who's passed kindergarten should feel as though their intellect is being insulted by the terribly bland characters and moronic story. Belial, Lord of Lies (worst liar in history), Azmodan tells you his "grand strategy" over the Sanctuary PA, then Diablo uses the same "tactic" in the final Act.

Leah: "Deckard and his crazy ghost stories" ::zombies popping out of the ground:: Talk about a lack of self awareness.

And none of the characters have any different dialogue in the cutscenes. Wizard's character in-game ~"I'm incredible! Haha!" in cutscene "I'm using the exact same dry dialogue as the Demon Hunter."

Instead of the RMAH, they should have sold hats(cosmetics), and allowed moddability.

All that said, D3 is a very pretty game (contrary to the belief of people who like blandness and color gray. "I need it to be deep, dark, and edgy, as a reflection of how deep I really am"), and the player's mechanics are actually really quite nice; it's very enjoyable for everything to work nearly instantly and to be able to stutter step, it's just a shame those fluid player mechanics aren't put to any good use in the actual gameplay.

Or maybe they can use a decimal to signify minor differences, and the further back, the smaller the change. 2.68a is almost the same as 2.68 which is a little more different to 2.67, but is largely different than 2.49, and is completely different from the 1.xx and earlier versions.

Basically what I'm saying is, you're stupid and that's not how version numbers work.

I have a serious concern, from their reveal. What they said about their movement system.

"You don't have to press any extra buttons for that. It just happens when you encounter 'em..."

I don't like gameplay being taken from me, and replaced with hand-holding. This reminds me of Brink's "S.M.A.R.T." movement garbage.

"but it’s not as good as an Elder Scrolls game" Why is this the goto comparison? Those games have pretty horrid gameplay and storytelling (not that I expect storytelling out of id, it would be nice to have, but I doubt it). :/ 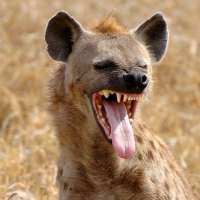