6.2
Fair Check out the review

Latest on The Rub Rabbits!

Sega's sequel to Feel the Magic now in stores; tactile minigames challenge players to get the girl and fend off rivals.

Learn all about the rubbing mechanic and gameplay elements found in The Rub Rabbits! in this developer interview.

Feel the Magic XY/XX 2: Where Do Babies Come From? Import Impressions

We imported a full version of Feel the Magic XY/XX 2 so we could discover where babies come from, and thankfully, we did.

Super Monkey Ball Touch & Roll and The Rub Rabbits! will be published by Sega in North America, Europe.

We put our stylus to work as we check out a demo version of Sega's quirky DS sequel.

Feel the Magic again with Web site for Sega sequel

Sega's new dating game for the DS includes another indifferent object of desire, a lovesick childhood friend, and twice as many unusual minigames.

Sega's DS dating game sequel pops up on the Web with game downloadables, but no details.

Sega getting to second base (and possibly further) with dating game sequel subtitled Where Do Babies Come From?

No forum topics for The Rub Rabbits! yet. Want to start us off? Create a new topic. 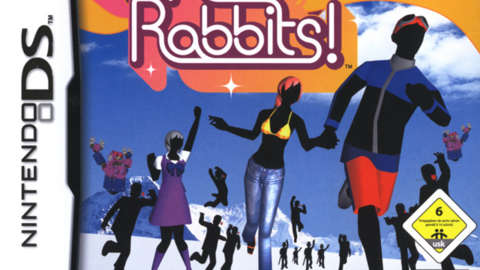 Rub Rabbits is the sequel to XY/XX: Feel the Magic and features all-new gameplay mechanics, which range from holding the Nintendo DS sideways and upside down to multiple game modes. The game includes all-new music, art, and characters, as well as the ability to customize the look of the object of your affection.